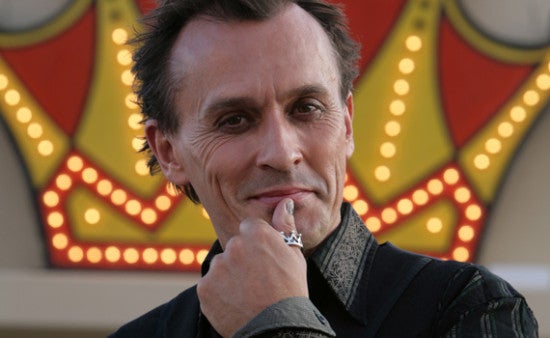 Yesterday was a big day for Robert Knepper, the Mob City star arguably best known among comic book fans for his role as the evil ringmaster in the fourth and final season of NBC's Heroes. That's because the actor will make a return to superhero storytelling with an Arrow appearance later this year, in which he'll play the Clock King, according to TVLine. "In his Arrow iteration, Clock King has earned his nickname being a brilliant criminal who plans his crimes with the utmost precision, down to the second," the site says. Arrow will return from its holiday hiatus on January 15 with new episodes. Knepper also signed on for a two-movie appearance in The Hunger Games: Mockingjay Part One and Part Two, playing a new character created for the films. Lionsgate had no comment on the nature of his character, whose name is Antonius, although Deadline identified him as President Snow's minister.