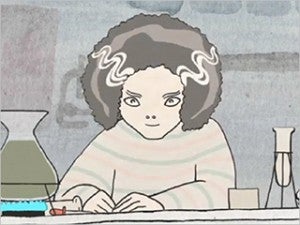 Yesterday, Entertainment Weekly exclusively revealed an animated look at the books of Moonrise Kingdom, Wes Anderson's new film that's causing a sensation at the small number of theaters screening it around the country. The books are integral to the plot of Moonrise Kingdom, but their contents are not, meaning that the animated peek at the insides of those books offers nothing that would spoil the picture. The clips are also hosted by veteran actor Bob Balaban, who serves a similar function in Moonrise Kingdom. They're charming, quirky and entertaining as all get out--basically everything you've come to expect from a project with Anderson attached. Because the Entertainment Weekly media player doesn't show up in some browsers, and won't embed anywhere, be sure that when you click on the link above, you're using Microsoft Internet Explorer or Safari. The video may not work for you if you're using Chrome or Firefox.