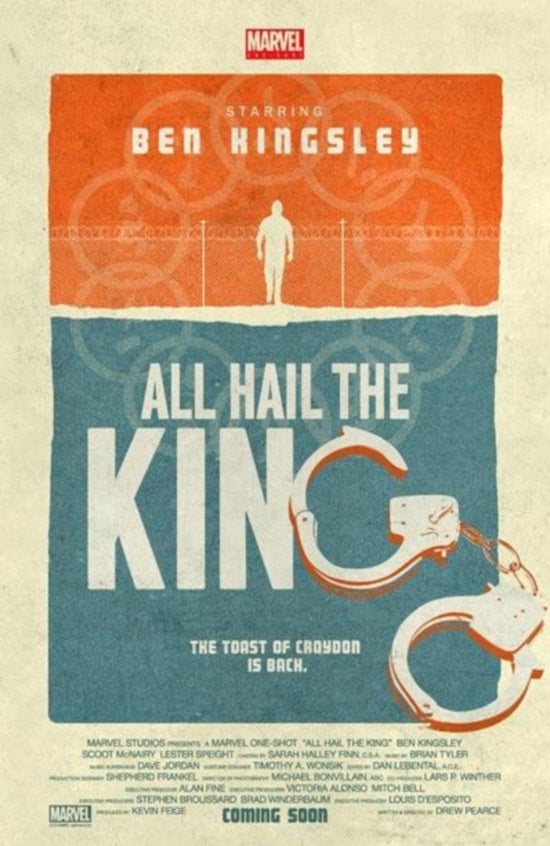 Marvel Studios has released (via Entertainment Weekly) a poster All Hail the King, the new Marvel One-Shot that will be included in tomorrow's Blu-ray release of Thor: the Dark World. While the poster was not created by Mondo, it is definitely done in the Mondo style. The poster looks like it could be for a 1970s prison move, which were a large influence on All Hail the King. Marvel Studios will also be holding special screening tonight at the Hollywood Arclight. Ben Kingsley will be there, as will Drew Pearce, co-writer of Iron Man 3 and writer/director of All Hail the King. All Hail the King will show the life of the now famous, though incarcerated, Trevor Slattery as a filmmakers goes into his prison to make a documentary about the faux Mandarin's life behind bars.

New Poster For All Hail The King