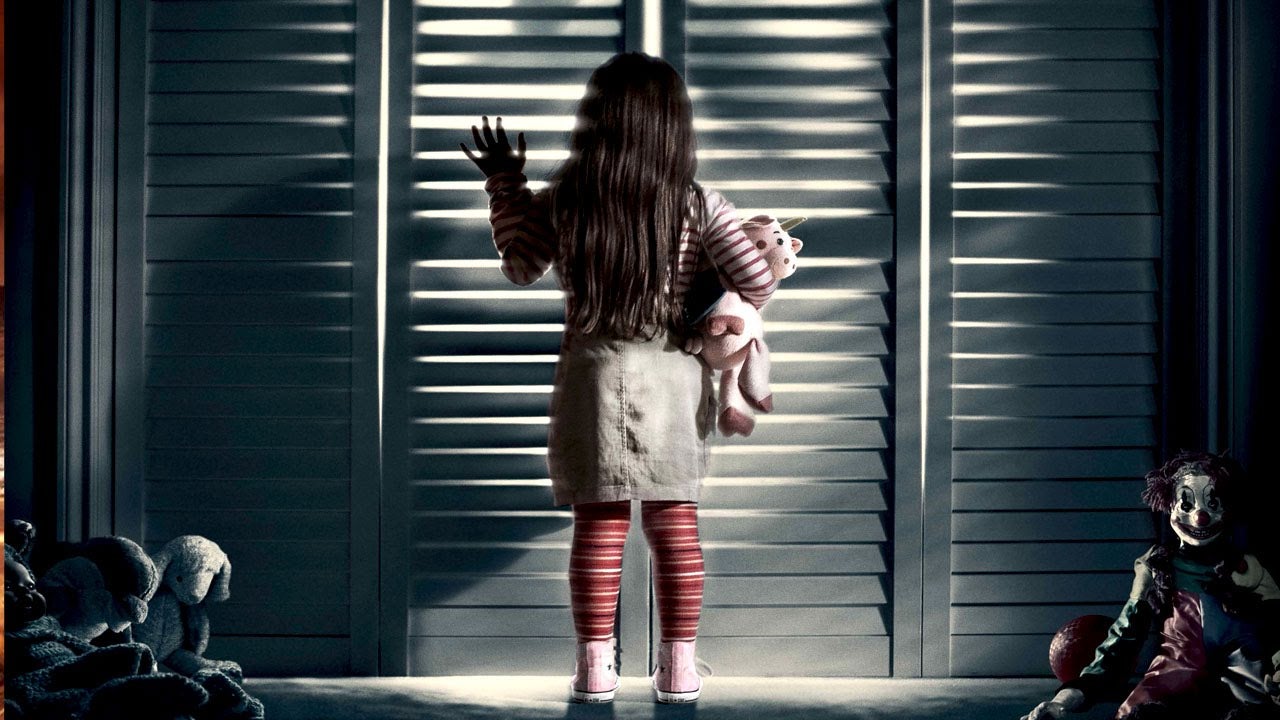 Poltergeist is the remake of director Tope Hooper and producer Steven Spielberg's 1982 classic horror film. It hews very close to the originals plot and applies the talents of modern horror visionaries like its own director/producer team of Gil Kenan and Sam Raimi. It is unfair to compare Kenan's Poltergeist to Hooper's though. They reflect different periods and utilize distinct directing styles. The comparison is also entirely unnecessary too. 2015's Poltergeist fails entirely on its own lack of merit.

For those unfamiliar with the story, it follows the Bowen family as they move into a new suburban development. Although their new home appears ideal from the outside, the parents and all three of their children soon begin to experience unexplainable electrical phenomena. As things grow worse it becomes clear that a very angry ghost is haunting their new home, and it is determined to take the youngest child, Madison.

Madison and her family form the core of this horror story. They are the people who allow the audience to sympathize with these borderline silly events, and experience fear and thrills alongside them. Kenan and scriptwriter David Lindsay-Abaire take their significance to the experience of the film for granted though. Poltergeist ignores the Bowens, and opts to instead focus on the haunting. From the very start of the film the camera is focused on small shocks, scares, and effects. Kenan is far more interested in what is happening to the Bowens, than the Bowens themselves.

This is even more unfortunate considering the lack of imagination and originality found in Poltergeist's "scares" and special effects. It reuses the static imagery of the original in an updated setting where black-and-white fuzz on a television screen is likely to hold no meaning for its new audience. Considering the film's fascination with technology, it rarely utilizes any innovation made since 1982. iPhones and other new gadgets are given the same treatment as televisions. The only innovation to be found is the clever use of a gyrocopter in one of the few consistently engaging scenes throughout the entire film.

Kenan's scare tactics will likely blend into the milieu of modern horror films pumped out every summer and fall, relying primarily on jumpy reveals and quick cuts. The use of a sudden hand popping up from the ground or doors slamming shut come from a bag of tricks so overused they've lost all effect. Most of the scary moments are broadcast so clearly, they draw laughter instead of tension.

Amidst all of these hackneyed cues are the Bowens, the one part of the film that could hope to create tension and invest audiences in an all too familiar plot (even ignoring that this is a remake). They are a lifeless facsimile of a family though, lacking depth and recognizable character arcs.

Parents Eric and Amy are played by Sam Rockwell and Rosemarie DeWitt, two actors who have proven themselves capable of handling complex emotions and roles. Rockwell may be the most underutilized actor in Hollywood, capable of carrying film's singlehandedly (see Moon), but he cannot salvage Eric from this script. He is shown to be an irresponsible father, not taking his children seriously and worsening the family's financial woes. His practical jokes come off as cruel around his constantly frightened son. These flaws are never actually addressed, leaving Eric unchanged from beginning to end. All of Rockwell's considerable charms are incapable of making Eric a sympathetic character, when the film desperately needs one.

DeWitt is in worse shape as Amy, who is given even less to do in the movie. Instead of portraying a bevy of flaws, she is left without agency. The closest thing her character has to a goal is to finish a novel, one that she has not begun nor does she touch. Amy spends most of her time in the middle of family shouting matches (which grate on one's nerves more than the ghosts) or failing to act or make any decisions. Kenan assumes that she and Rockwell will receive sympathy due to the actors and never bother to craft their roles into interesting characters.

The only sympathetic Bowens are the two youngest children Griffin (Kyle Catlett) and Madison (Kennedi Clements). Griffin has the only clear character arc of the film, one that ought to provide a big, triumphant moment in the film's climax. Instead, it largely falls flat because Griffin's portrayal is tedious. The best scares of Poltergeist rely on Madison and her wide-eyed innocence. Yet when the camera focuses upon her, a barrier remains where it is clear that this is a child acting, not just a child. The eldest sister Kendra, played by Saxon Sharbino, is entirely unnecessary to the film, a footnote to her family and the movie.

It's difficult to blame Catlett and Clements for this film's failure, as their performances are adequate. The problem more likely lies with Kenan and his inability to direct children. This is the one point where a comparison to the original Poltergeist is necessary. The original relied on its young female protagonist every bit as much, but had Spielberg, a director who is incredibly skilled at directing children, around to help out. He is undoubtedly the reason why the line "They're here" still haunts audiences, a line that falls entirely flat here.

Jared Harris' turn as a TV exorcist and supernatural specialist is Poltergeist's only saving grace. It's inventive, well-acted (Harris is another terribly underutilized force in Hollywood), and very funny. His appearance late in the film gives just enough gusto to keep audiences from nodding off, but it's too little, too late.

Poltergeist is cut together like Frankenstein's monster. Individual moments resemble necessary parts of a movie, but they do not add up to any greater sum. By the time the film reaches its uneven climax, it's just a relief knowing that it will all be over soon. You don't need to compare this Poltergeist to its predecessor in order to say the effort was unnecessary. It simply is. As a grab-bag of modern clichés and tired characters, Poltergeist is a soulless experience.

REVIEW: Poltergeist Is As Lifeless as Its Ghosts