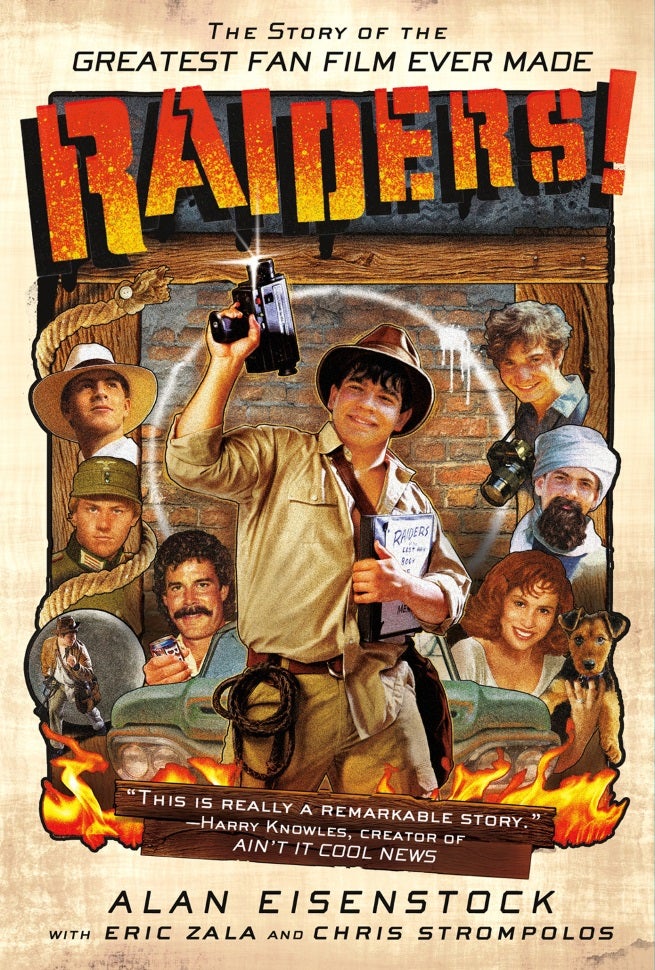 Two diehard Raider of the Lost Ark fans have finally completed the 33 years process of recreating the film, shot for shot.

As detailed in the book Raider! The Story of the Greatest Fan Film Ever Made, childhood friends Chris Strompolos and Eric Zala vowed to recreate their favorite film, and they did over the course of eight years. There was one exception: the fight scene under the airplane.

The classic scene remained un-re-filmed until their film began generating new interest. The book was optioned for a theatrical adaption, as well as an adaptation as a documentary film. In order to give the documentary a great ending, and to finally finish their film properly, Strompolos and Zala went to Kickstarter to raise funds for the scene that got away.

The Kickstarter allowed them to build a replica of the plane from Raider of the Lost Ark. With the entire cast of their original film reassemble, they finally filmed that last scene, and blew up the plane they took so long to build.

The film has been screened across the country, with proceeds going to charity. You can read more about their story at LA Weekly.

Raiders Of The Lost Ark Remake Is Almost Complete