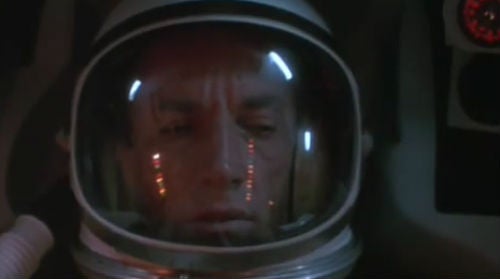 Looper and Breaking Bad director Rian Johnson took to his Twitter account this afternoon to post a YouTube clip most are interpreting as confirmation that he will take over the Star Wars franchise with Episode VIII.

While Johnson didn't say anything about Star Wars and hasn't responded to fan comments or press inquiries, the YouTube embed below -- of Scott Glenn as Alan Sheppard in The Right Stuff -- certainly suggests that Johnson believes himself to be embarking on a journey that he wants to be sure he'll get right.

Adult language in this embed, folks, so you're warned.

No word yet on when Disney might confirm or deny the reports, although if most fans and reporters start to believe that Johnson's tweet constitutes a confirmation, it might be anticlimactic to wait any longer than next month's Comic Con International: San Diego.

Star Wars Episode VII, directed by J.J. Abrams, is due in theaters in December 2015.