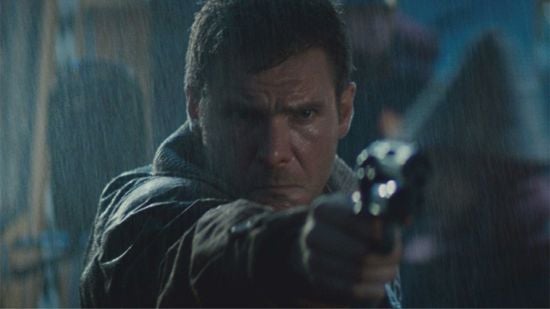 Harrison Ford is back in the seat of the Millennium Falcon next year, and it's been widely reported that he'd like to pick up Indiana Jones's fedora at least one more time.

It's the filmmakers behind the upcoming Blade Runner sequel's turn to go to work on him now.

Ridley Scott, who directed the original, has reportedly completed work on the script for a follow-up that calls for Ford's character to return.

"It's written and it's damn good," Scott told Entertainment Weekly of the Blade Runner sequel. "Of course it involves Harrison, who is a survivor after all these years—despite the accident. So yes, that will happen."

His plan, he said, is to work on that film after The Martian, his upcoming Matt Damon film. Scott says that there is also a Prometheus sequel with a completed script and so the three films will be done in the order that he and the cast can all get their ducks in a row.

Ford's representatives have not yet responded on Ford's commitment to the Blade Runner sequel.

Ridley Scott Says Blade Runner Sequel Is Written, Hoping Harrison Ford Will Be Part Of It