Citing a lack of toys and merchandise in support of X-Men: Days of Future Past as evidence, X-Force creator and Image Comics co-founder Rob Liefeld told his Twitter followers today that reports of Marvel Entertainment attempting to undercut the Marvel properties whose film rights are held by 20th Century Fox are for real. He also predicted that Sony and Marvel would join forces to co-finance and co-distribute some of the upcoming Amazing Spider-Man sequels with an eye toward having the character cross over with The Avengers. Here's the main points of his conversation with fans, edited for clarity (as he uses a lot of abbreviations to help with Twitter's character limit): 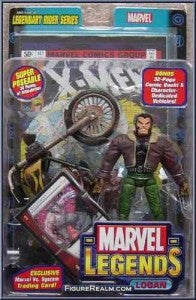 X-Men: Days of Future Past will match If not exceed The Amazing Spider-Man 2's domestic box office, meaning lots of eyeballs, but there are no toy tie-ins. The Fox shut out is real. It's not money that matters in this strategy, it's the hearts and minds of kids/toy buyers, not-too-subtly communicating what's "important." Captain America: The Winter Soldier and The Amazing Spider-Man 2 toys everywhere, X-Men - zippo. No promotions from toy aisles. Starve those properties. Makes X-Men [box office] comeback impressive! No emotion in these facts/reporting, it's just numbers and business. But the messages are clear. X-Men: Days of Future Past toys would get in the way of upcoming Guardians of the Galaxy onslaught of toys. Bottom line, it's a ballsy move to downgrade properties with high profile, big budget support in favor of stuff you control wholesale. Gotta respect it. And equal respect to those properties slugging it out without equal support across multiple platforms. You gotta understand, I love this stuff!! I love the business of comic films/brands and the unique situation Marvel has with their licenses. My un-informed prediction: Sony will split producing/financing w/Marvel on next Spidey film and open door for inclusion in Avengers 3.

That last bit dovetails nicely (as one of his followers noted) with long-standing rumors that Sony might alleviate some of its financial troubles by dumping its film division entirely. Sony, so far, have attempted to stave off having to do that by doubling down on their more valuable existing franchises, especially Spider-Man. There hasn't been an official X-Men movie toy line since X-Men Origins: Wolverine, which Marvel's real dominance of the comic book movie scene. Action figures featuring characters and concepts from The Wolverine were released last year, but they were released as part of Marvel Comics toy lines and marked/merchandised as such, rather than having distinct packaging for the movie.

Rob Liefeld: Marvel's "Fox Shut-Out Is Real," How Spider-Man Can Appear in Avengers 3