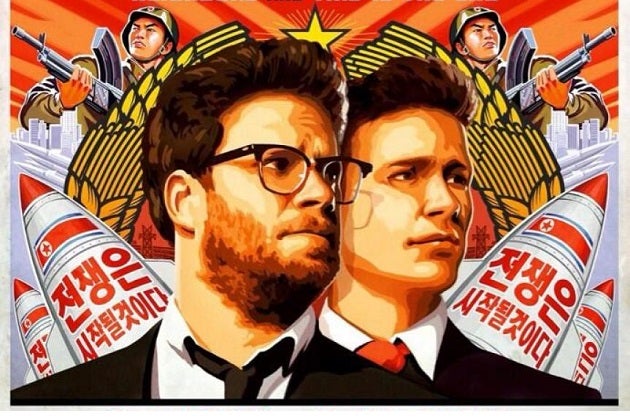 Kim Myong-chol, executive director of the Centre for North Korea-U.S. Peace and an unofficial spokesman for the regime in Pyongyang, blasted the film (and U.S. foreign relations, natch) in an interview with The Telegraph.

"There is a special irony in this storyline as it shows the desperation of the US government and American society," he told the Telegraph.

Franco portrays the host of a nighttime talk show, with Rogen as his best friend and producer. The duo is then approached by the CIA and asked to assassinate Kim Jong-un after the pair manage to secure an interview with the Korean leader, played by Korean-American actor Randall Park.

"A film about the assassination of a foreign leader mirrors what the US has done in Afghanistan, Iraq, Syria and Ukraine," Kim Ming-chol added. "And let us not forget who killed [President]  Kennedy – Americans. In fact, President Obama should be careful in case the U.S. military wants to kill him as well."

The spokesperson, however, said that it was likely Kim Jong-un would see the film regardless.

Franco, who stars in the Planet of the Apes franchise, which has a new installment in theaters soon, was also Harry Osborn in the three Sam Raimi-directed Spider-Man movies. Rogen played the Green Hornet and, more recently, announced that he will produce Preacher for AMC.

The Interview, which also stars Marvel Cinematic Universe alum Lizzy Caplan as a CIA Agent, will open on October 10.