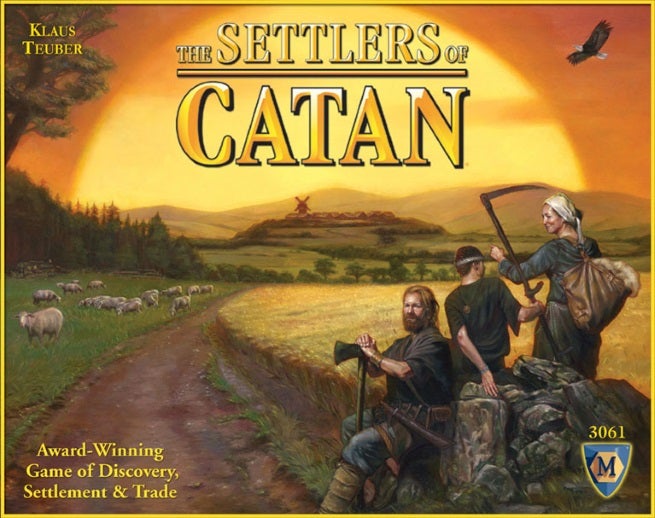 Producer Gail Katz (Air Force One) has acquired the film and television rights to the board game The Settlers of Catan.

The Settlers of Catan was created by Klaus Teuber, and is often credited with beginning the modern board game boom when it was released in 1995. Since then, the game has sold over 22 million copies worldwide, in 30 different languages and 50 different countries. The digital version of The Settlers of Catan has been downloaded over 1.6 billion times.

The story of the game is all in the title. Players are settlers trying to make a life for themselves on the fictional island of the game. To do so will require them to claim sections of the island's map, which yields resources like wood and ore. No one player will be able to accrue the resources necessary to build enough settlements or cities to win the game on their own, so success requires players to broker trades with other players. There's also the random factor of "the robber," a piece that moves around the board and prevents players from drawing resources from regions they've claimed.

"I've been wanting to see an adaptation of the game for years, ever since my Catan-obsessed college-aged kids introduced me to it," said Katz in a statement. "The island of Catan is a vivid, visual, exciting and timeless world with classic themes and moral challenges that resonate today. There is a tremendous opportunity to take what people love about the game and its mythology as a starting point for the narrative."

Settlers Of Catan TV And Movie Projects In The Works

How Paramount+ Used Social Media To Get Teen Wolf: The Movie Fans Into A Feeding Frenzy

Creed 3: Michael B. Jordan Comes Out Swinging on New Poster

Review: The Legion of Super-Heroes Movie Alternates Between Moving and Messy