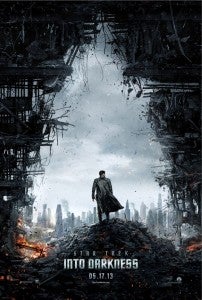 finally rolled out their app, which Paramount Pictures describes as the "first of its kind," on the App Store and Google Play today, so that mobile device users can download it in preparation for Sunday's Super Bowl, when the first exclusive content will be released. Based on J.J. Abrams' upcoming Paramount Pictures film, the app will give users access to a ton of content, "as well as the opportunity to participate in missions and win valuable prizes." The app, developed in cooperation with Qualcomm, will allow users to delve deeper into the Star Trek universe by interacting directly with materials from the upcoming  film to unlock additional content and experiences. The users collect points, see content, and work their way through the Star Trek Academy. The app was first announced on January 7th, 2013 at the Consumer Electronic Show, during Qualcomm's Chairman and CEO Dr. Paul E. Jacobs' keynote address demonstrating the ability to "harness the power of the smartphone to bridge the digital and physical world, allowing the studio to market the film in the real world and simultaneously bring users into the film's story and world." Highlights of the app include:

Comicbook.com has already been through the first week worth of missions, so be sure to check out our Star Trek Into Darkness App cheats that contain all the images and sounds that you will need to rise in the Starfleet ranks quickly.