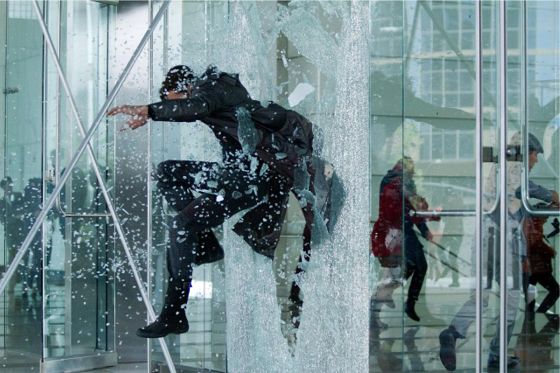 J.J. Abrams, the director of Star Trek Into Darkness and the forthcoming Star Wars Episode VII, has opened up about the decision to keep moviegoers in the dark about the identity of the film's villain, saying that it's a regret he has about the production and marketing of the film, but one that came from above. The success of Abrams's Star Trek reboot is largely in attracting casual viewers, after all; the hardcore Trek audience had been reliably delivering at a certain level for years, but Paramount wanted to exceed that, and it was Abrams's mainstream cache they fell back on to make it happen. "The truth is because it was so important to the studio that we not angle this thing for existing fans. If we said it was Khan, it would feel like you've really got to know what 'Star Trek' is about to see this movie," he said. "That would have been limiting. I can understand their argument to try to keep that quiet, but I do wonder if it would have seemed a little bit less like an attempt at deception if we had just come out with it." He acknowledged, "I think it probably would have been smarter just to say upfront 'This is who it is.' It was only trying to preserve the fun of it, and it might have given more time to acclimate and accept that's what the thing was." Pressed as to whether Attack of the Block filmmaker Joe Cornish is next in line to helm a Star Trek movie, Abrams didn't comment, saying only that he loved Cornish's work and would love to see it.