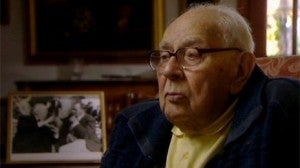 Revered British cinematographer Gilbert Taylor, who shot such films as Star Wars, Dr. Strangelove and A Hard Day's Night, died Friday at his home on the Isle of Wight, Variety reports. He was 99. Taylor began his feature film career in the late '40s and worked consistently until his retirement in 1994. Along the way, he worked with directors like Stanley Kubrick, Richard Donner and Roman Polanski. Before his feature work began to take off, Taylor worked for Winston Churchill documenting damage from World War II's bombing raids. After retirement, he continued to shoot commercials for years. As a founding member of the British Society of Cinematographers, he received the lifetime achievement award in 2001. He also won the ASC's International Award in 2006.