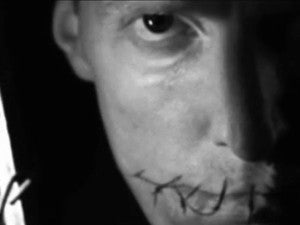 While everyone is wondering when director J.J. Abrams will release any information about Star Wars Episode VII, it seems that he's been busy working on a teaser trailer for another mystery project. J.J. Abrams sent the teaser trailer embedded below to Entertainment Weekly without any information as to what the trailer is about. Could the trailer have something to do with Star Wars Episode VII? Disney has come under a lot of criticism lately for failing to make any Star Wars Episode VII announcements at D23 Expo, so it would make sense that they might be releasing something now to help satisfy fans. However, despite starting out with a view of stars in the night sky, the trailer really doesn't have a Star Wars vibe to it. The trailer is labeled "Stranger" and centers around a man staggering out of the water.  A voiceover says, "He arrived knowing nothing of himself. Who is he? Soon he will know. Because what begins at the water will end there. And what ends there shall once more begin. This is what happens. Men become lost. Men vanish. Men are erased. And reborn." So what do you think "Stranger" is? A strange tease for Star Wars Episode VII? A brand new movie? A new TV series? Or something else?