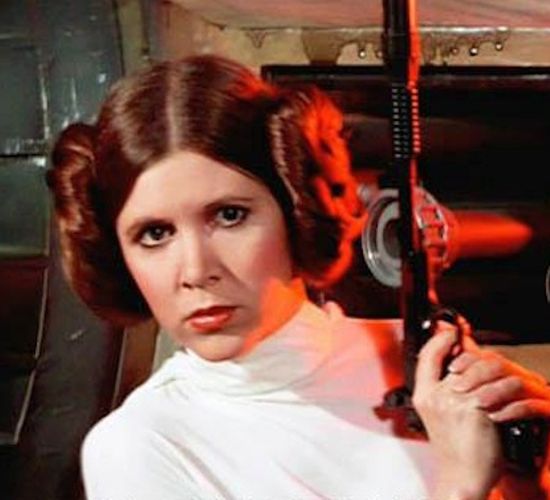 With Disney announcing that that original cast will be returning for Star Wars Episode VII, one might think there would be nothing but praise. However, when it comes to franchise movies with devout followings, there is rarely ever a major casting announcement that doesn't generate at least a little bit of heat. While most seem genuinely satisfied with the actors that were announced, Disney is drawing criticism for who wasn't announced. In addition to no Lando Calrissian, there is also a lack of women in the cast, which has not gone unnoticed on the Internet or social media. In the hours following the announcement, various sites have expressed their outrage over their only being two announced female cast members (out of thirteen total cast members). In an article for Cosmopolitan entitled "Surprise! There Are Basically No Women in the New Star Wars Movie," Eliza Thompson writes, "There is absolutely no reason why there can't be new characters added to account for the lack of women in the original trilogy and the newer trilogy." In an article for I09 entitled "Hey Star Wars -- Where the Hell Are the Women?", Annalee Newitz writes, "Myths are powerful things, because we learn who we are by telling stories. When are we going to let little girls and kids of diverse races have fantasies as powerful as those given to white boys?" In an article for Chicago Now entitled "Star Wars VII Cast Announced: Where my ladies at?", Julie writes, "Yeah, I am disappointed that J.J. Abrams, the man who brought us two of the most kick ass (in different ways) female TV characters of the century (Felicity and Sydney Bristow) couldn't be bothered to toss more than one new female character into the new Star Wars movie." In an article for BadAssDigest entitled "Whose Girlfriend Will The One New Female STAR WARS Cast Member Get To Be?", Devin Faraci writes, "Women make up 51% of the population of this planet. We can extrapolate that even in a galaxy far, far away and in a time that is long ago that ratio is somewhat the same. So why is Star Wars Episode VII so very, very dude-y?" In an article for Wired entitled "Leia Is Not Enough: Star Wars and the Woman Problem in Hollywood," Laura Hudson writes, "If you count up all the significant female characters who appear in the original Star Wars trilogy, the list reads as follows … Princess Leia." In an article for Daily Dot entitled "Where are the women in the new 'Star Wars' cast?", Gavia Baker-Whitelaw writes, "J.J. Abrams's vision of Star Wars is a dystopia far more disturbing than anything Darth Vader could have hoped for: a universe where, without any real explanation, the vast majority of women are somewhere far, far away." Of course, it's entirely possible and even likely that Disney has not announced the entire cast. Perhaps, one can hope that there will be more female cast members, but maybe their contracts haven't been finalized so they couldn't be announced yet. However, if that was the case, one would think Disney would have rushed to get those deals done to avoid just the sort of backlash that is occurring about the lack of women on the cast.