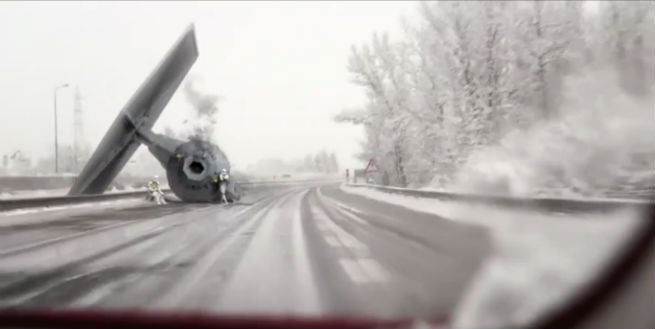 A new video has gone viral showing an Imperial TIE Fighter downed on a frigid highway, a pair of Storm Troopers standing outside it as though it just broke down while driving.

The fan-made video, shot from the point-of-view of a passing motorist, is pretty well-done.

"This is what happens when you don't put chains on your outboard solar panels," noted a member of the U.S. Air National Guard on Facebook.

Star Wars: The Force Awakens will be in theaters on December 18, 2015.