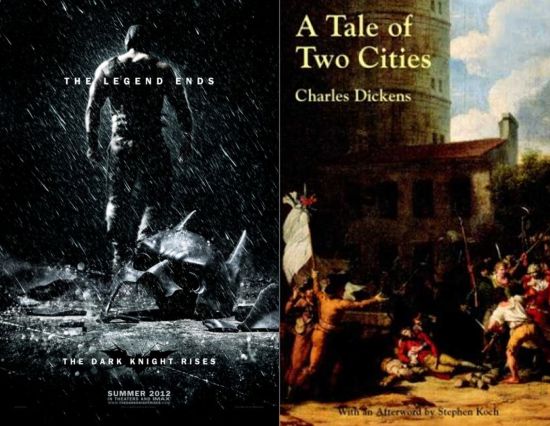 Also, think about how Selina Kyle tells Bruce Wayne, "You really think this is going to last? There's a storm coming Mr. Wayne. You and your friends better batten down the hatches, because when it hits you're all going to wonder how you ever thought you could live so large and leave so little for the rest of us." Now compare it to this quote from A Tale Of Two Cities, "But, there were other echoes, from a distance, that rumbled menacingly in the corner all through this space of time. And it was now, about little Lucie's sixth birthday, that they began to have an awful sound, as of a great storm in France with a dreadful sea rising." Storms, rising, it certainly seems like The Dark Knight Rises will owe a lot of inspiration to A Tale Of Two Cities, as Nolan suggests.