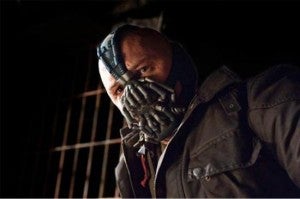 In an interview with Collider, The Dark Knight Rises and Man of Steel co-writer David S. Goyer dropped some scoop on both of the two movies. Well, maybe not that much scoop on Man of Steel. Goyer said, "I am incredible excited for the world to see it." And when pressed on when that would be, Goyer replied, "I imagine there will be another trailer coming, but I'm not quite sure when." With the Dark Knight Rises, Goyer dropped a much bigger nugget, clearing up a long standing rumor about the film. While we know there was at least one deleted scene involving Bane's origin, there have been rumors that there were numerous other deleted scenes. At one time, it was even rumored that there were enough deleted scene to put together an extended director's cut. When asked if the rumors about there being a lot of deleted scenes in The Dark Knight Rises were true, Goyer shook his head and said, "No." When asked if he had heard the stories, Goyer replied, "Yeah, but there are a lot of stories about everything. The Internet is rife with rumors." Goyer's statement also backs up Joseph Gordon-Levitt's earlier denial that there were a bunch of deleted scenes. So there you go, anyone holding out hope that deleted scenes from The Dark Knight Rises might eventually surface on a special edition DVD is out of luck. There simply weren't enough deleted scenes to put together any type of director's cut or deleted scenes section.