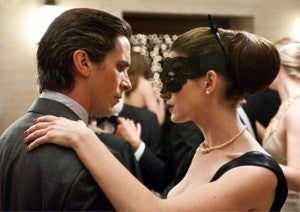 The Dark Knight Rises Is Highest Grossing Movie Of Year In The U.K.