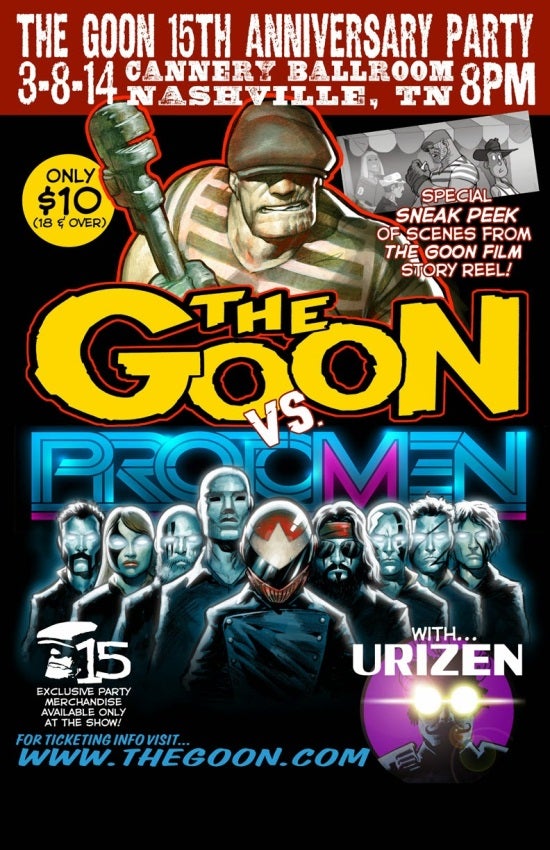 On Saturday night, Eric Powell and Dark Horse Comics celebrated 15 years of The Goon with a special anniversary party held at the Cannery Ballroom in Nashville, TN. Fans gathered to enjoy an evening with music from Urizen and the Protomen, plus a sneak peak at some of the animatic from the upcoming Goon movie. 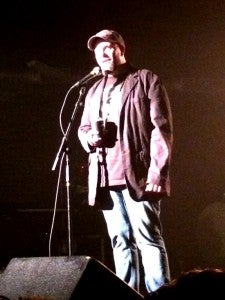 Urizen opened the evening with a performance that included a battle between a giant robot and a one-eyed monster. When they were finished, The Goon's creator, Eric Powell, took the stage. Powell thanked the fans for allowing him to make a living creating comic books for 15 years. He talked about the Goon film, which he's been trying to have made for about six years. David Fincher optioned it but, according to Powell, Hollywood doesn't seem to want to make it because it's different from what they're used to. Powell said they don't seem to think anyone wants animation that isn't for children. About a year ago, Powell launched a Kickstarter to fund the creation of an animatic that would help show the studios just how awesome a Goon movie could be. He showed everyone at the party what they've created so far. Here's a play by play: They opened with some clips from the original The Goon trailer before going into the new animatic. The Goon is still working for Labrazio. The Goon and Franky are collecting protection money from a bakery. The owner is trying to explain that business is "not so good," and that he needs another week. The Goon reminds him that business was "not so good" before he took care of a few other problems, like the bog lurk coming out of the sewer, or the werewolf that was in his refrigerator, or "that thing" that came out of his pants at night. The owner asks to speak to Labrazio and the Goon reminds him that nobody speaks to Labrazio. The owner gives The Goon all the money he has, which isn't enough, but The Goon lets him off the hook for now…but not without taking some cupcakes with him. 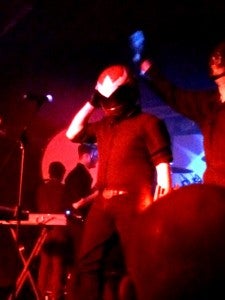 The Goon and Franky go off to find their next mark when they run into some undead hired muscle. Naturally, a fight breaks out. The brawl spills out onto the docks, which are controlled by Fishy Pete. Pete and the Goon end up arguing about territory and end up coming to blows. Franky get into it, tossing a flashlight into Pete's eye. He keeps coming until the Goon drops a crate onto Pete's head. The Goon and Franky discuss how those dead men, at least one of which The Goon killed himself, are still walking around. They don't know what's going on, but the Goon plans on finding out. The scene shifts to a bizarre zombie factory, where corpses are being dressed, swung around on meat hooks, and pumped full of some sort of liquid with a gas pump before being reanimated by electrocution. The final scene is a shot of the Buzzard, making his way through town. The night ended with a performance by The Protomen, whose act is a rock opera based on the Mega Man video games. For the special occasion, they altered their story a bit. With art from Powell projected on the wall, they started the story with a crossover meeting between The Goon and the Protomen. It was a good night for fans. Hopefully the animatic pays off and we get to see this Goon movie made.