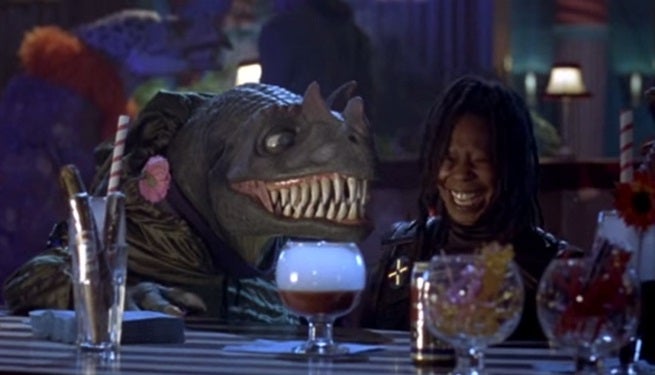 The film, Theodore Rex, was originally intended for theatrical release, but - one assumes after the filmmakers remembered that they had just made  a sci-fi buddy cop movie starring Whoopi Goldberg and a dinosaur - was given a direct-to-video release instead, for reasons that should be self-evident.

The film's $33 million budget makes it the most expensive direct-to-video release ever made.

The video randomly went viral today after a Reddit user posted it under the header "quite possibly the worst idea Hollywood has ever had." Having watched the trailer, it's hard to argue with that statement.