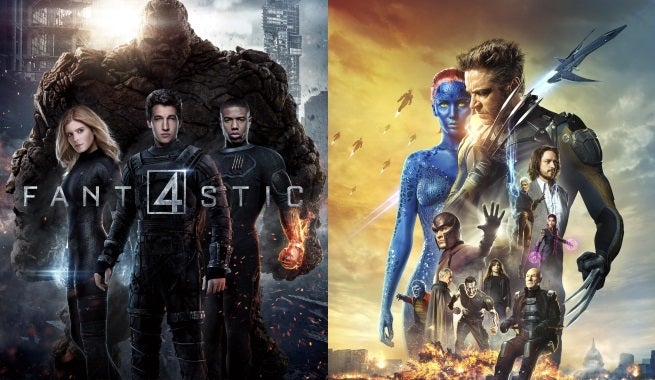 The evergreen rumor of a X-Men/Fantastic Four crossover movie from 20th Century Fox was given some new life today, thanks to a report from the Latino-Review suggesting the long-rumored film could become a reality in 2018.

According the report, the crossover is far from set in stone, and largely depends on the success of Josh Trank's Fantastic Four reboot. If Fantastic Four and Fantastic Four 2 do well, and X-Men: Apocalypse isn't an unexpected disaster, then the two franchises could meet in 2018.

This reasoning sits well with what writer/producer Simon Kinberg told ComicBook.com about the idea of a crossover last year. At the time, Kinberg said he was focused on "making [Fantastic Four] the best movie it can be," but that a crossover was "not out of the realm of possibility."

If the crossover does come to pass, its assumed that the cast of Trank's reboot would star as the Fantastic Four. Which X-Men would star is not clear.

Check out when Fantastic Four, X-Men: Apocalypse and other movies are coming out in ComicBook.com's Movie Release Schedule.

X-Men And Fantastic Four Crossover Movie Could Happen In 2018