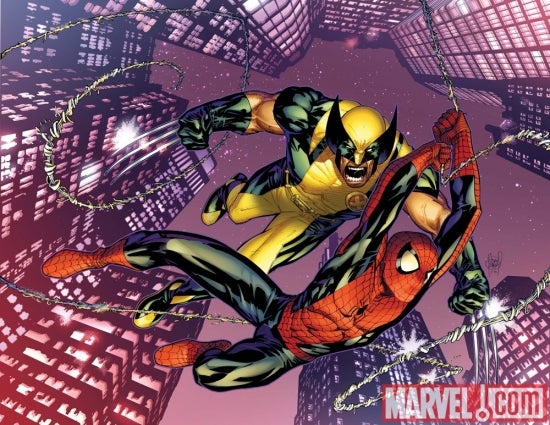 The news that a clip from X-Men: Days of Future Past could be seen after the credits of The Amazing Spider-Man 2 had a lot of fans really excited about the prospect of a crossover between the two film franchises. That excitement lasted right up until it was made clear that the clip was appearing purely as part of studio business and not as a sign of a joint creative venture. However, while producers from Marvel Studios and Sony continue to state how unlikely it is that we'll see all of these Marvel characters getting together on-screen for a larger Marvel crossover, X-Men: Days of Future Past Producer Simon Kinberg told ComingSoon that it's something he'd love to see.

Listen, I would love it. The dream to me - I almost feel like Martin Luther King or somebody. I see a world where everyone is joined together. The dream is, obviously, one day to do a Marvel movie that is with all the Marvel characters or at least a universe where they can dive in and out of one another's films. Because that's the way the comics were created, I think that's the way the movies should actually be. For a series of business reasons, they aren't. That's not for narrative or creative reasons. The dream is that we could cross-pollenate and everyone would be building off the momentum of each other, which is what actually happens. We're not in competition with each other. We actually can be helping the cause for all these different movies. It's been shown that audiences have enough of a palate for them. We will have, within the span of a month and a half, "Captain America 2," "Spider-Man 2" and "Days of Future Past." I would hazard to say -- touch wood -- they'll be three of -- let's not be too aggressive -- ten of the biggest movies of the summer. They'll probably be three of the top five or six most successful. It'd be cool if, yeah, one day we could do that. Maybe it starts with us and "Spider-Man." Maybe it goes into sort of a TV show something at some point where the stakes are slightly lower. Then, eventually, you could build toward a shared movie.

So that's at least one producer who would like to see a crossover happen. Of course, Kinberg wanting it to happen doesn't make all of those "business reasons" he mentioned go away, but, like he said, these studios aren't really working against each other. The success of one Marvel film, no matter which studio it comes out of, is a good thing for all of the other ones. The Amazing Spider-Man 2, with a sneak peak of X-Men: Days of Future Past following the credits, hits theaters May 2. X-Men: Days of Future Past itself will arrive in theaters May 23.

X-Men Producer Dreams Of A Marvel Crossover With Other Studios