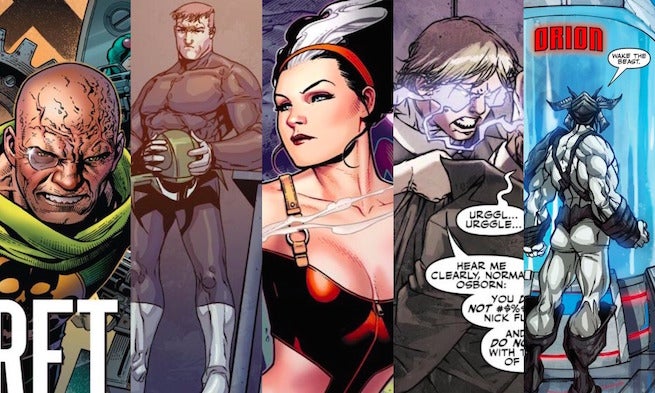 Secret Warriors, the ongoing which ran for 28 issues between 2009 and 2011, has proven to be a legitimate source of inspiration for Marvel's television programming, with both Agents of S.H.I.E.L.D. and Agent Carter mining material from the series, which was written by Brian Michael Bendis and Jonathan Hickman with art from Stefano Caselli. Such plot points as building the series around Daisy "Quake" Johnson (aka, Agent Skye in Agents of S.H.I.E.L.D.), Hydra secretly infiltrating S.H.I.E.L.D., and the rise of Leviathan, another rival terrorist group, were all featured heavily in Secret Warriors before being adapted for the small screen. It begs the question what might be the next subplot from Secret Warriors to be referenced or adapted for Marvel television.

With Agents of S.H.I.E.L.D. returning from its midseason hiatus this week, we thought we'd look back at the entire run of Secret Warriors in order to determine how the series might next impact Marvel's television lineup. We examined subplots, themes and characters in order to generate this list of suggestions, while also keeping in mind how any of these could tie-in to the larger Marvel Cinematic Universe. Remember, "it's all connected." 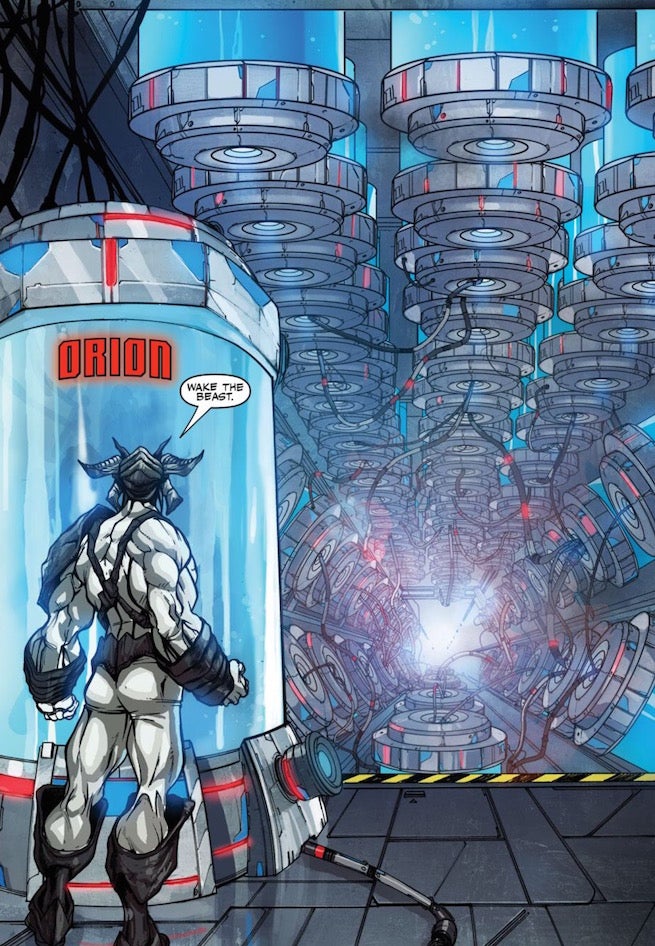 After Hydra's shocking coup against S.H.I.E.L.D. was revealed in Secret Warriors's opening arc ("Nick Fury: Agent of Nothing"), the terrorist group quickly found itself back on its heels when another anti-America, anti-everything organization rose up to challenge them. Leviathan, who was formally introduced into the MCU during the Agent Carter miniseries, declare war on Hydra and place some of their own double/triple agents in the mix in order to infiltrate Hydra similar to how Hydra infiltrated S.H.I.E.L.D. This subplot proves pertinent as it gives Nick Fury and the Quake-led "Team White" enough of an opening to strike back against all of their enemies, despite the fact that they themselves are operating from a position of weakness (due to the dissolution of S.H.I.E.L.D. ).

On Agents of S.H.I.E.L.D., the agency, which is being led by Agent Phil Coulson, is operating from a similar disadvantage. The group has been minimized since the end of season one, forcing Coulson and his troops to operate in shadow. With Leviathan now being part of the mix, a Hydra/Leviathan war over what's left of S.H.I.E.L.D.'s carcass would not only be an effective callback to Secret Warriors but it would also help provide a window of opportunity for Team Coulson to strike back against Hydra in believable fashion. 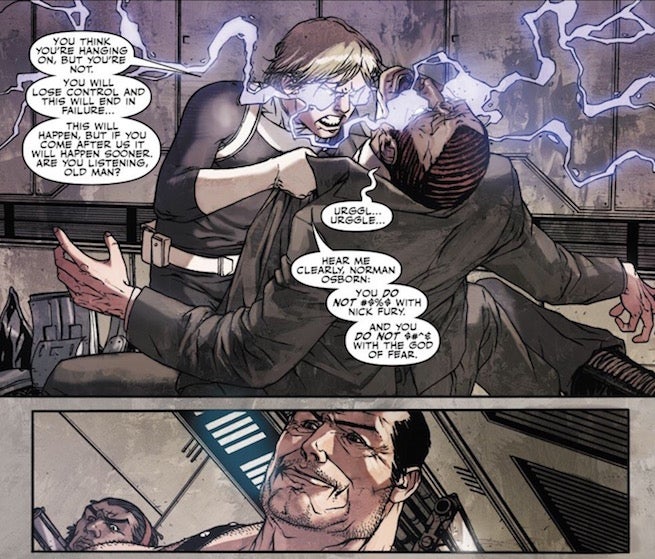 One of the key members of Secret Warriors's Team White is the young Alexander Aaron, son of the Olympic God of War Ares. In addition to being the child of one of S.H.I.E.L.D.'s enemies in Ares, Aaron proved to be a formidable ally for Fury and Quake, as he had the power to instill fear in his adversaries. Between that and his penchant for wasting his time playing video games, Aaron is one of the more interesting/fun characters in Secret Warriors.

While Asgard and its cast of characters have figured prominently into the Marvel Cinematic Universe and have even been featured on a few episodes of Agents of S.H.I.E.L.D., Olympus has remained an untapped source of characters and storylines. Beyond Ares and Aaron, another Olympian, Hercules, has been a significant part of Marvel Comics history as both an adversary of Thor, and later as a member of the Avengers. It would behoove Marvel to start laying the groundwork for some Olympus characters to show up and maybe Aaron playing a part on Agents of S.H.I.E.L.D. is the best way to do that. 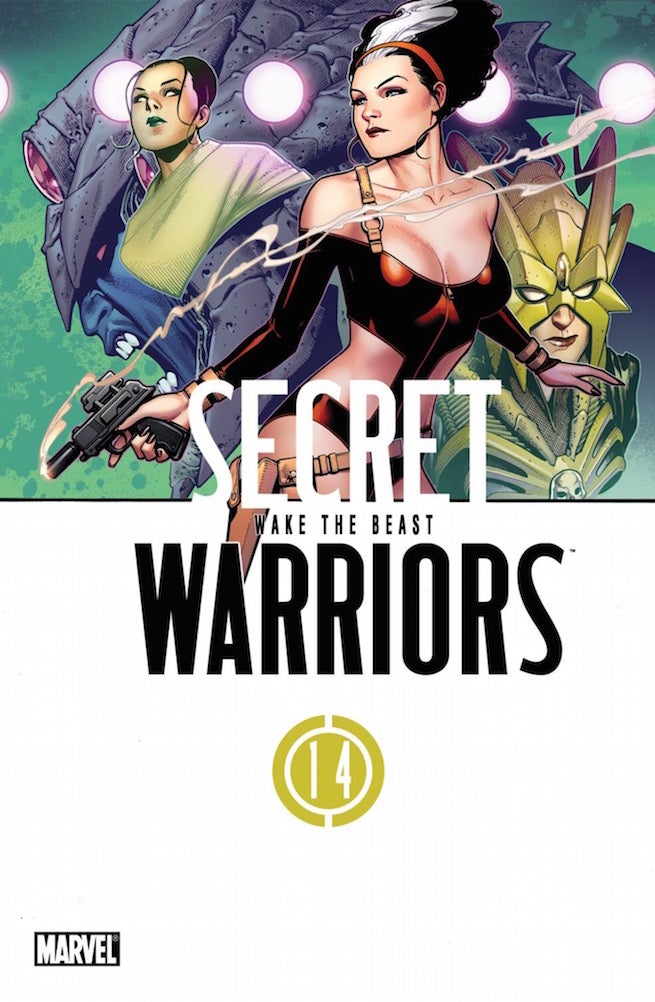 Hydra has been a significant part of the Marvel Cinematic Universe for a few years now, but one part of the organization's history that has for some reason been left on the cutting room floor is its Madame Hydra rank — the highest position for a female member.

In the comics, the original Madame Hydra was an assassin dubbed Viper, a character that actually debuted during the short-lived but absolutely amazing Jim Steranko Captain America run during the late 1960s. Viper is featured in Secret Warriors, but she is eventually betrayed and replaced by Valentina Allegra de Fontaine, aka the Contessa, another Steranko creation that was introduced during the Silver Age as a love interest for Nick Fury (and a member of S.H.I.E.L.D.), who eventually turns her back on her adopted country, America, to become Madame Hydra (though the Russian-born Contessa was actually fooling both agencies when she unveiled herself as an agent of Levianthan).

Given how Marvel has been trying to diversity its assortment of characters in its cinematic universe, with a specific focus on creating stronger female leads a la Peggy Carter, its surprising that neither Madame Hydra or just the Contessa have made an appearance on Agents of S.H.I.E.L.D. or elsewhere. Both have a long-storied history within the Marvel Universe and have been a part of some very famous and beloved stories. Plus it would be great to have a few more female villains to work into the mix. 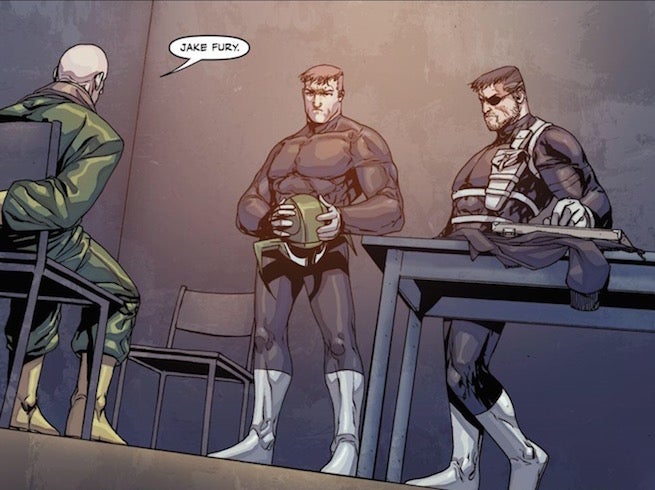 S.H.I.E.L.D. Director Nick Fury (who is currently considered "deceased in the MCU as a means to throw Hydra off) has only appeared a few times (in very small cameos) on Agents of S.H.I.E.L.D. and with good reason considering how the "A" list actor Samuel L. Jackson portrays the eyepatch-wearing spy. Still, perhaps there's an easier way for Agents of S.H.I.E.L.D. to deliver some semblance of a Fury fix to fans without breaking the bank on Jackson — by weaving in members of Fury's family. In Secret Warriors, both Fury's illegitimate son Mikel and his brother Jake make appearances, with the latter playing a significant part in the book's major twist in its final arc, "Wheels Within Wheels."

Having either on the show and a part of the action fighting alongside (or against) Team Coulson lends itself to whole bunch of inherent drama, especially if something were to happen to Mikel or Jake while on Coulson's watch. A multi-episode story arc with Mikel or Jake could be paid off with a short cameo from Jackson so the big guy could get his obligatory appearance for the season. If Marvel doesn't want to go the Secret Warriors route with Fury's family, they could also always call back to one of the most famous S.H.I.E.L.D. stories of all time by introducing Nick as the villain Scoprio, a leader of the Zodiac criminal cartel (a group that feuded with the Avengers among many other heroes). 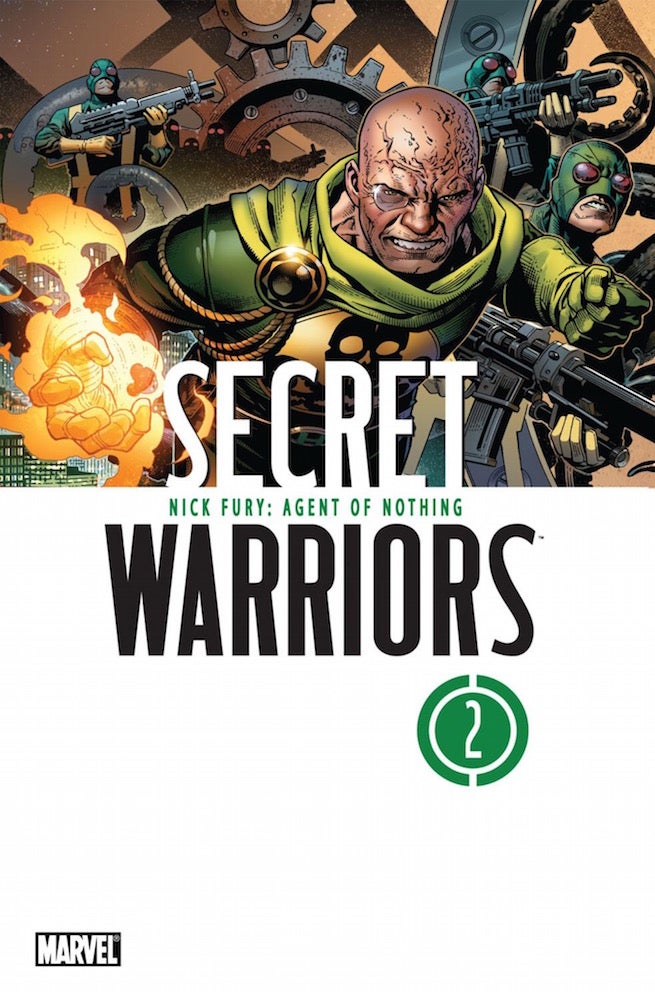 5. All Roads End with Strucker

Any time we tackle a S.H.I.E.L.D. list on this site we find a way to work in a reference to Supreme Hydra leader (and all around great guy) Baron von Strucker, Fury's arch rival and one of the best Marvel bad guys out there. Strucker is such a great villain, plus he has the coolest weapon of all time — the Satan Claw. So do you really blame us for hoping Strucker makes an appearance of Agents of S.H.I.E.L.D. (or Agent Carter)?

Anyway, we do know as a fact that Strucker will appear in Avengers: Age of Ultron (after the character cameoed in the credits teaser of Captain America: The Winter Soldier alongside a pair of (non-mutant) twins). But Strucker is so much fun, we hope we get a little bit more than whatever Joss Wheedon has planned this summer. From a narrative standpoint, it would be worthwhile to introduce and develop Strucker via Agents of S.H.I.E.L.D. so when it comes time for his big screen appearance this summer, the character already has some credibility and a fleshed out back story (and don't forget the Satan's Claw).

Here's some free fantasy scripting: with Skye now exhibiting scary new powers, have Hydra set out to capture her to experiment on her body (like what they did with her mother) and have Strucker be revealed as the leader of the operation. Maybe Strucker is actually running a prison camp for a whole group of Inhumans (hence the Quicksilver/Scarlet Witch connection from The Winter Soldier). Coulson realizes that stopping Strucker is way above his pay grade, so he calls in the Avengers and thus "it's all connected" and we have our tie-in for this summer's surefire blockbuster.