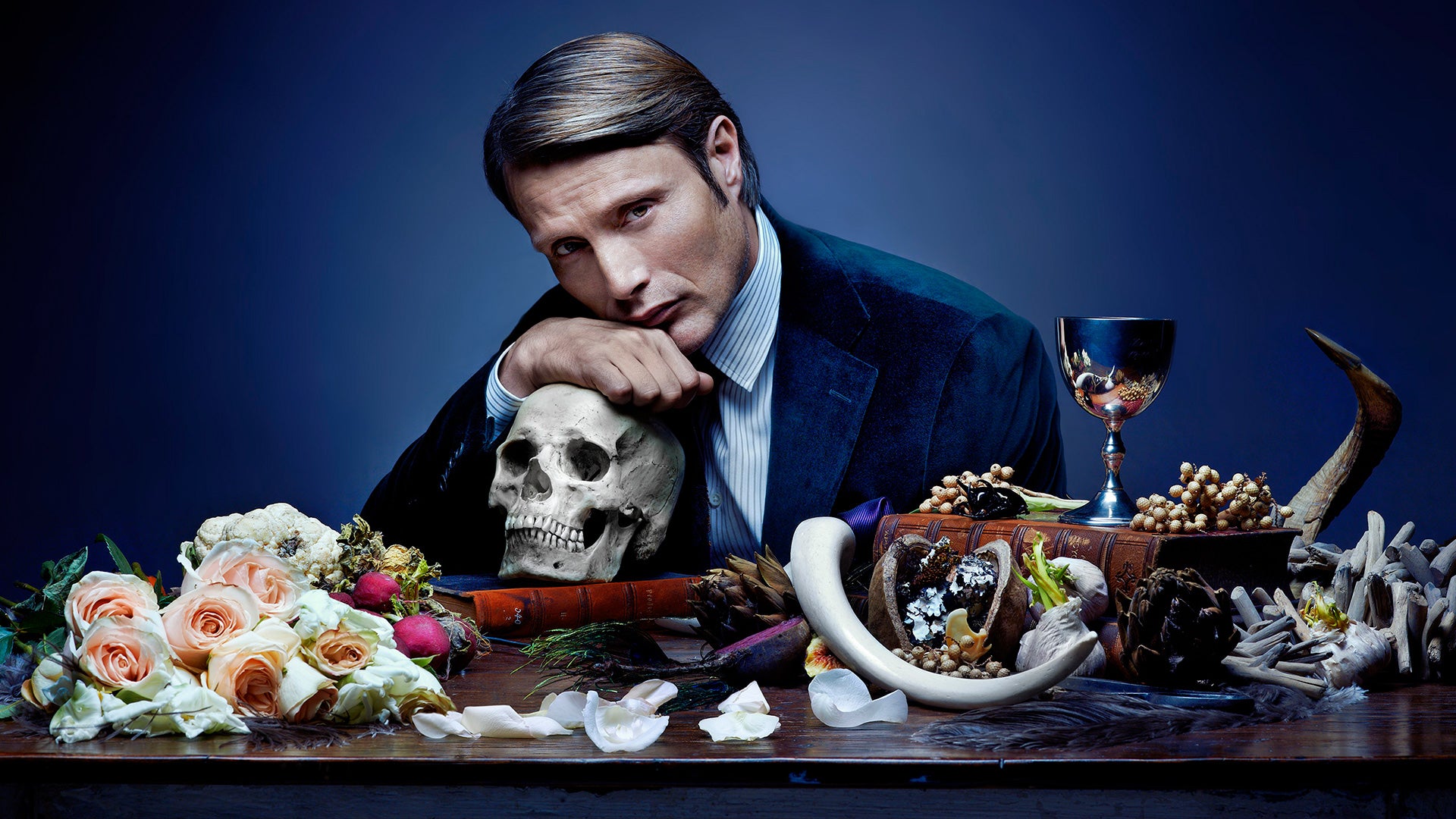 Darth Vader in Star Wars. The Shark in Jaws. Norman Bates in Psycho. The Xenomorph in Alien. These are titans of villainy in American popular culture. They are the characters who have taught just how great bad guys can be. But there is one man stands above the rest, and whose impact on stories almost thirty years after he first appeared is undeniable:

Lecter debuted in 1988, but it was Anthony Hopkins in Jonathan Demme's adaptation of Thomas Harris' novel Silence of the Lambs that unleashed him into our collective consciousness forever. Everything about "Hannibal the Cannibal" from his wit to his wrath have become staples in American film, television, and comics.

Hopkins' performance is far from the full extent of Lecter's reach though. Bryan Fuller's stunningly beautiful adaptation of Harris' characters in Hannibal on NBC has revealed Mads Mikkelsen to be every bit as good. His performance is as nuanced and charming, and provides an original take on the character instead of an imitation. Hannibal is a reminder of why Dr. Lecter has refused to leave our brains since his first appearance. He is a dextrous villain who has forever changed how we view bad guys. His presence can be found in stories about villains who have been created since his debut and those that have existed far longer.

Mikkelsen, along with the rest of the surviving cast return to television for the third season of Hannibal tonight (June 4). And now with the imminent return of Hannibal Lecter to our homes looming, it's worth taking a look at his influence on the television and comics that keep us company when our favorite cannibal is away. 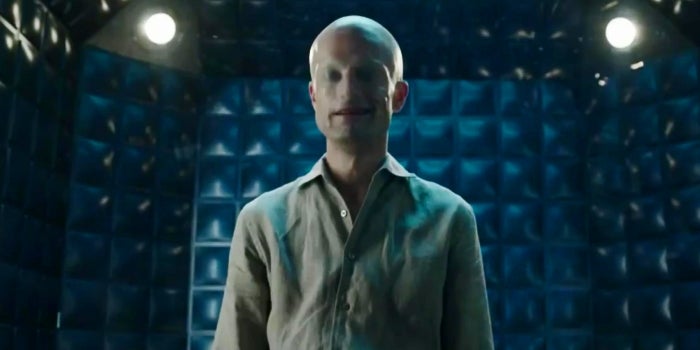 Once upon a time Hannibal was an interesting, bespoken name for a baby. Now it constitutes a call from child services. I still give Liam Neeson side eye when watching The A-Team; I don't care if his nickname is derived from Hannibal the Conqueror. That's because no matter what historical significance this name may have, when you say Hannibal, people think cannibal.

So it was absolutely no surprise at all when a new hero in the yearlong comic event 52 named Hannibal Bates turned out to be an flesh devouring, shape shifting baddie. If having the name of the greatest fictional serial killer of all time wasn't enough, he was also given the surname of that categories runner up: Norman Bates. This Hannibal is better known to fans as Everyman and while he didn't manage to survive very long in comics, he has made the jump to TV. Anyone bothering to watch the best superhero show on television will recognize him and his lack of longevity from the first season of The Flash. 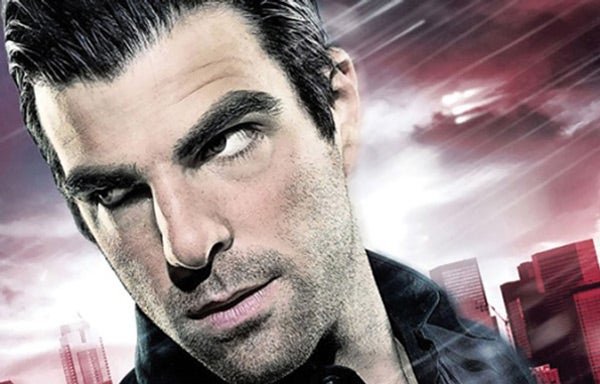 Speaking of superhero TV shows with very good first seasons (the less said about what came after on this one, the better), the main villain of Heroes also took a page out of Dr. Lecter's sketchbook. While Sylar may not be nearly as suave as Hannibal, he certainly managed to give the various heroes of the show a challenge while chomping on their brains. That's right, he derived his own powers from engaging in cannibalism.

Eating people is creepy enough on its own, but it's the care and delight that villains like Hannibal and Sylar put into the act that make it nightmare-inducing. The way they select and relish each victim makes them predators walking unnoticed amongst cattle. Every aspect of their fascination from the hunt to the kill to the preparation adds a new chill-inducing layer. These guys aren't willing to let cannibalism stand on its own merits, they've perfected it into an artform. 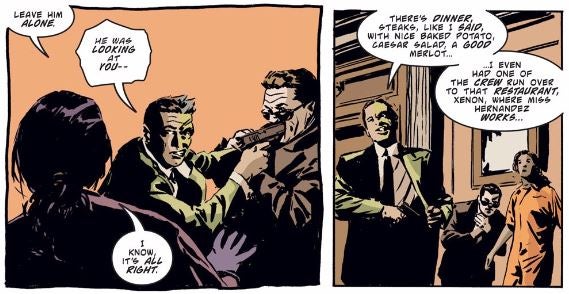 Despite his many flaws, Hannibal Lecter also has some merit as a boyfriend. He cooks, he cleans, he's well educated and better dressed. If you can ignore all of that murder stuff, then he's quite the catch. I'm not the only one who thinks so, Lecter has experienced a few romances. His fascination with Clarice Starling led to a begrudging respect and devotion between the two, and a similar dynamic has emerged on Hannibal between the killer and his therapist Dr. Du Maurier (Gillian Anderson).

A similar relationship was explored between Renee Montoya and Two-Face in "Half A Life", one of the greatest stories in Gotham Central. Although Montoya is a lesbian, she showed Harvey Dent respect and empathy during the "No Man's Land" event, leading to his infatuation with her. Their respect and concern for one another was never in doubt, even when they were on opposite sides of the coin. It was a truly twisted dynamic worthy of the Doctor and Clarice. 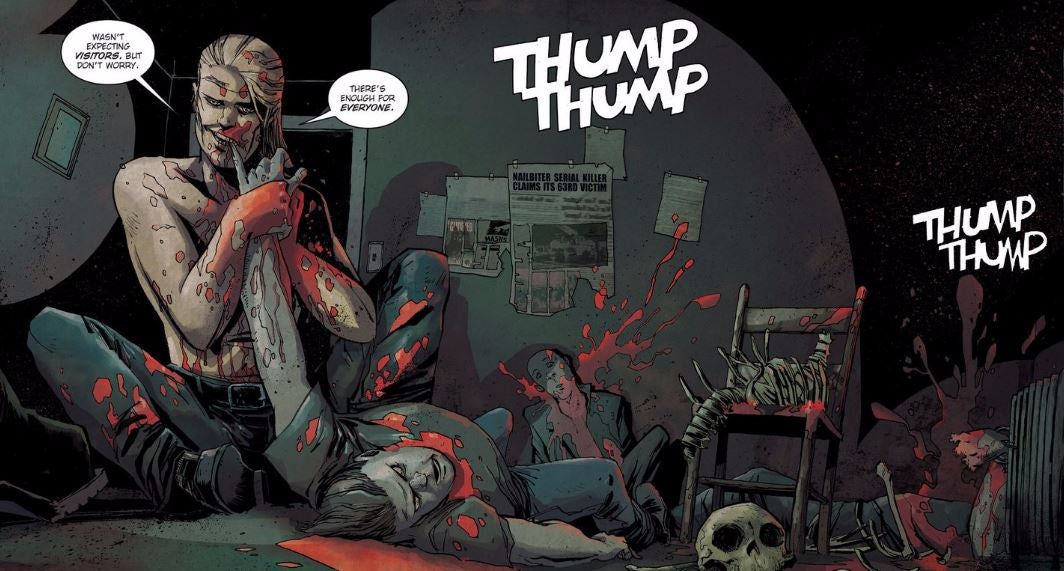 Read one issue of Joshua Williamson and Mike Henderson's new Image series Nailbiter and it's obvious that Silence of the Lambs is a big influence. The series is set in a town that has spawned 16 of unique serial killers, including one who still resides there: Edward "Nailbiter" Warren. He's world famous, suave, and quite the chef. His charisma is so appealing that it's easy for readers to forget that he's a murderer with a body count in the double digits.

It's the same trick Hannibal has managed in all of his greatest appearances, making audiences want to root for him despite being almost entirely irredeemable. Humor, intelligence, and refinement are all tools used by these mad men to make themselves seem likable. They're the type of people who would be the life of the party, unless they decided to kill the mood. 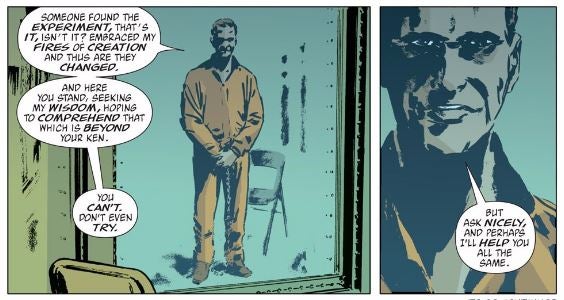 No part of Silence of the Lambs is more memorable or referenced than Clarice's conversations with Hannibal behind bars. His intelligence and power are no more evident than when he is capably manipulating people and events using only a few words. Just look at relatively recent hits like The Dark Knight and Skyfall, which make out their villains to be masterminds by having them control the word from inside of a box. It was Silence of the Lambs that perfected this formula though and Hannibal which most effectively mimicked it.

One example from comics does stand out as a worthy imitator though, and it's from Gotham Central #28-31 (seriously, this series is insanely good, go read it). In "Keystone Cops" Dr. Alchemy is brought into help with an investigation involving one of his old labs. Despite his incarceration he capably maneuvers both Gotham and Keystone City police like children being offered ice cream. It's a chilling story that transforms a goofy Silver Age Flash villain into an intimidating villain that should frighten heroes from either city. Hannibal may have done it first, but Dr. Alchemy does it just as well.

Are you excited for Hannibal's return to television? What are some of your favorite Lecter-inspired villains? Share your thoughts in the comments below.