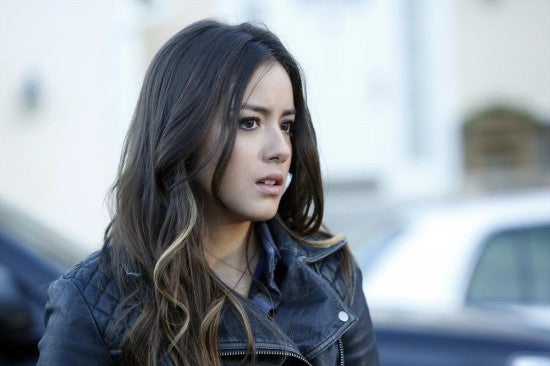 An offhand joke about the Hindu deity Vishnu on last week's Thor: The Dark World-themed episode of Marvel's Agents of S.H.I.E.L.D. has upset a Hindu group, who are asking ABC for an apology.

In the Marvel Cinematic Universe, the gods of Norse mythology were established in the first Thor film to be inhabitants of an alternate dimension--essentially aliens, who were worshiped as gods for their superior technology in a primitive world. In last week's episode of Agents of S.H.I.E.L.D., titled "The Well," Skye learns this and immediately suggests that gods in other religions could be explained the same way. She specifically singled out Vishnu, the Supreme God of Vaishnavism, one of the three main sects of Hinduism, as a likely candidate due to his unusual appearance.

Of course, the difference is that Norse paganism is all but dead in practice, and has long seen been relegated to the status of "mythology." Hinduism is an active religion with a billion adherents--the world's third-largest, behind Christianity and Islam. Perhaps unsurprisingly, Universal Society of Hinduism president Rajan Zed is calling for an apology and hoping that the network and the makers of the show to post information about Vishnu and Hinduism on their websites, The Wrap reports (via CBM).

“Rajan Zed stated that Hindus were for free speech as much as anybody else if not more,” a statement from the Society said. “But faith was something sacred and attempts at debasing it hurt the adherents. Television and Hollywood should be more conscious while handling faith related subjects, as television and cinema were very mighty mediums and these could create stereotypes in the minds of some audiences.”

“Hinduism had about one billion adherents and offered a rich philosophical thought and it should not be taken lightly. Symbols of any faith, larger or smaller, should not be mishandled,” Zed said.

In a real-world context, the question was perhaps not an unreasonable one to ask--it could certainly come from a place of genuine curiosity about the religion and the world around her--but the jokey tone of the line delivered by Chloe Bennett probably precludes that as a defense. Nobody from ABC was available for comment when The Wrap reached out to them on Wednesday, and we've received no response to inquiries today.

Skye's definition isn't out of sync with the comics; the Marvel Wiki describes Vishnu as "a member of the Devas, an extra-dimensional race of beings worshipped as gods by the people in the Indian subcontinent."

Agents of S.H.I.E.L.D. executive producer Joss Whedon is a self-identified atheist who often finds himself the target of ire from viewers of faith and religious groups.