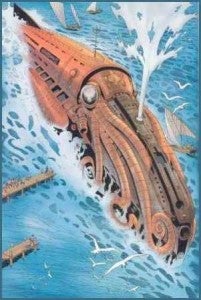 During a two-and-a-half-hour chat with contributors to a Kickstarter campaign to build a state in Cleveland commemorating native indie comics visionary Harvey Pekar, Watchmen writer Alan Moore discused a wide variet of topics, including DC's upcoming Before Watchmen project and his prose work on the soon-to-be-published Jerusalem. When it came to League of Extraordinary Gentlemen, though, Moore had quite a bit to say about the future of his ongoing graphic novel epic. First, as reported yesterday by Bleeding Cool, Moore announced that the  final installment of League of Extraordinary Gentlemen: Century, a chapter set in 2009, has been completed at the creative level and is off to the printer. For one reason or another, he hinted that it still may be late in meeting its June publishing deadline, but presumably not by much. Second, and arguably more notably, he confirmed that the League of Extraordinary Gentlemen property will not lie still for long, as he and Kevin O'Neill will return soon with Nemo: Heart of Ice, a tale set in 1920 at the South Pole and featuring the version of Jules Verne's Captain Nemo which readers have seen in previous incarnations of League of Extraordinary Gentlemen. Nemo has been one of the staples of the team, although the second volume saw him leave the group after a misunderstanding and the Century story featured him much less. Whether the Nemo-centric volume will feature any of the other League characters is unclear. We'll look at the Before Watchmen-specific bits soon, but readers who would like to watch the whole two hours and change for themselves can click here to see it on Vimeo.