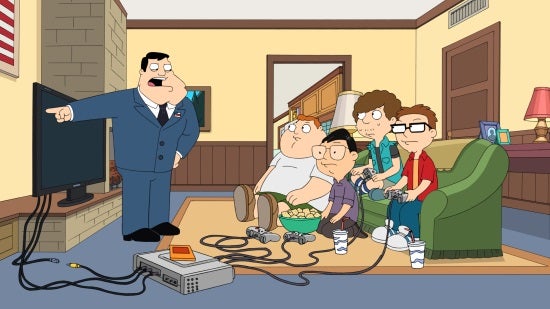 A new episode of American Dad, titled “I Ain’t No Holodeck Boy,” will air tonight on Fox.

In “I Ain’t No Holodeck Boy,” Stan is frustrated that Steve and his friends never play outside, but Francine refuses to let Stan take the kids to the woods for some outdoor fun. Of course, Stan finds a loophole, by drugging the kids and putting them on the CIA’s holodeck, which, naturally, goes awry. Meanwhile, Hayley buys Roger’s home star on the International Star Registry and claims she’s now his queen.