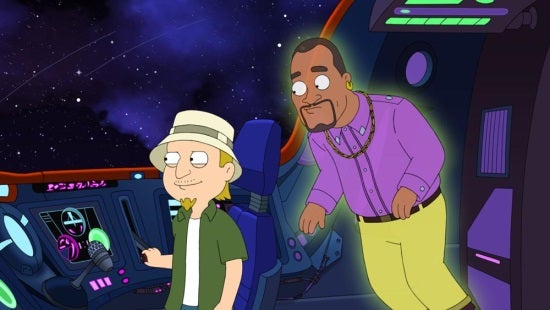 In “The Longest Distance Relationship,” A year after Jeff’s abduction, Hayley is still heartbroken, until she meets Millionaire Matt Davis, who may be able to help her move forward. Things are going great, until Steve and Snot catch a signal on a CB radio – Jeff’s alive in space and trying to make it back to Hayley.