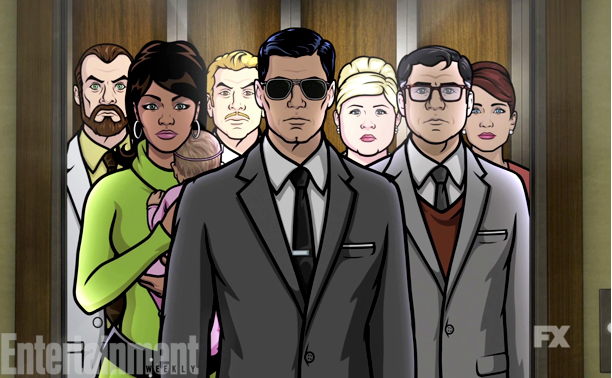 While lying, cheating, and swindling are what Archer's cast actually do best, they're getting back to their second strongest skill set: spying.

FX has announced (via EW) that Archer's upcoming sixth season will see the cast retire from the world of drug dealing and return to international super sleuthing. The gang's had some spare time between the seasons' illicit and…less illicit activities, taking the opportunity to pursue their own bizarre passions.

FX showed just what Sterling Archer and his crew like to do when they're not playing spies or drug lords in a special one-minute video, which also serves as a teaser to season 6. Set to the tune of Black Betty, we see Archer swindling women, Pam dominating the professional eating circuit, Krieger taking up professional skiing, and more.

From the video, we can see that the cast is returning to their old city hideout, formerly the ISIS world headquarters. FX announced last month that Archer would no longer use ISIS (International Secret Intelligence Service) as the name of Archer's spy agency, since it has also became the name of the real-world terrorist group. As comicbook.com reported, the name-change would only be addressed through two workmen carrying the ISIS sign out of Archer's office.