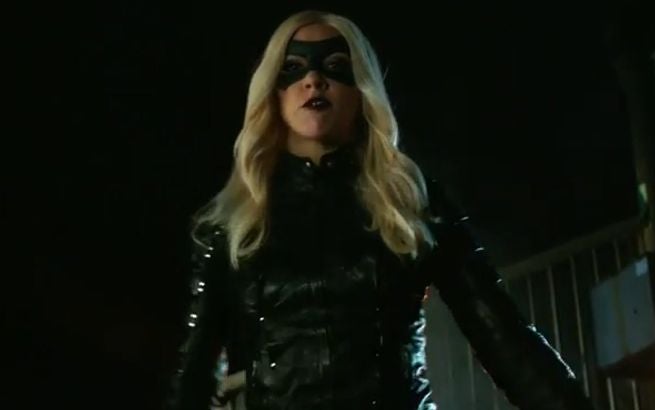 During the "Revenge of the Rogues" episode of The Flash, The CW released a brand new promotional trailer for Arrow and The Flash. The trailer is called "Super Starts Here," and it features several of the other costumed characters of the two shows.

The "Super Starts Here" trailer shows Captain Cold, Firestorm, Atom, Ra's Al Ghul, Reverse Flash, Heat Wave, and Arsenal. However, the highlight of the trailer comes at the end, as we get a first look at Katie Cassidy's character Laurel Lance in action as Black Canary. When asked who she is, Laurel replies, "I'm the justice you can't run from."