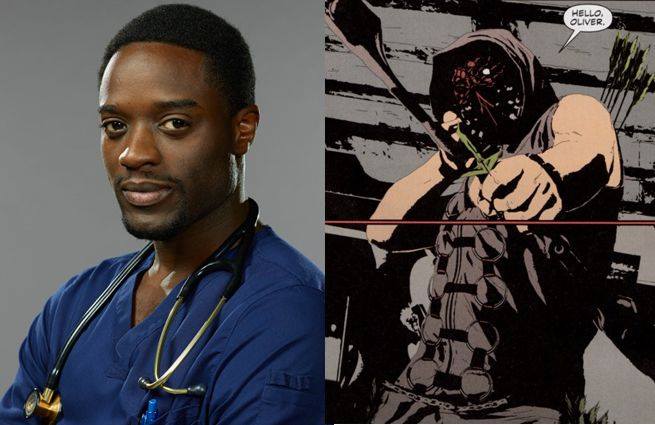 "He's the villain-of-the-week for the second week of the show, but you'll see that Team Arrow's pursuit of him is part and parcel of a season-long storyline," Executive Producer Marc Guggenheim said. "You're going to know what happens to Komodo at the end of the episode, but it will be a little bit tied in better with the season-long mythology than villain-of-the-week episodes have done in the past."

The magazine refers to Komodo as a "deadly mercenary," and the idea of tying him to the overarching, season-long mythology of course begs the question of potential involvement with Ra's al Ghul. If he isn't tied to the League of Assassins, it might be indicative that, like last year, there are at least two separate contingents of antagonists at work for Oliver and company.

Both Marvel and DC have more than one character named Komodo, but this is the most recent villain to take the name, introduced during the New 52. Created by Jeff Lemire and Andrea Sorrentino, he is a former associate of Robert Queen. Having betrayed Oliver's father to obtain an amulet that grants him immortality, Komodo became one of the principal antagonists of the Lemire run, introduced during the writer's first issue and going after Oliver in a big, public way.

The move comes as Lemire's run on the title ends, and he's being replaced by Arrow's Andrew Kreisberg and Ben Sokolowski in October, just in time for the October 8 premiere of the new season.