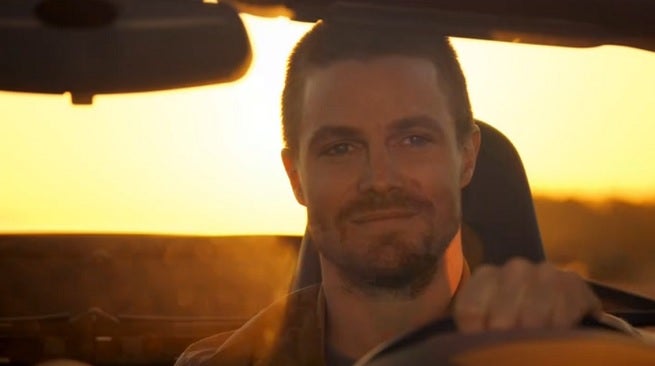 Presumably influenced by the massive successes of Guardians of the Galaxy and The Flash, the fourth season of Arrow will take a lighter tone, according to showrunner Marc Guggenheim.

The producer told io9 that Arrow will star to bridge some of the gap between its dour tone and that of the relentlessly bright The Flash, a tone which seems to be reflected in the newly-released teaser for DC's Legends of Tomorrow.

"It will take a lighter tone. That's pretty much the only thing I say without spoiling it," Guggenheim said. "We've been working for about a month now in the writers' room, talking about Season Four, and I think that one thing we all collectively understood was Season Three beginning with Sara's death, because it's the death of a major character on the show, it set a tone for the remainder of the season. And I'm not the least bit apologetic for that tone. I happen to like dark and I like the fact that Arrow is a pretty dark show particularly for a network show. That said, every year you want to mix things up and there was sort of a collective desire on all of our parts to try to inject a little bit more lightness into the show, a little bit more humor. It's not going to radically change. The show's still going to be the show but in terms of tone we're coming off a very very hard season for all of our characters. We wanted to try to mix it up a little bit."