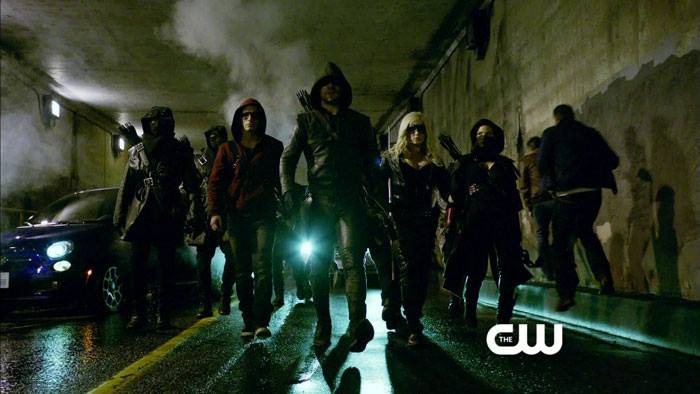 "Seth," the villain currently being cast for the upcoming third season of Arrow and the one most fans are assuming will be a season-long big bad for Oliver and company, has a little bit more meat to his description now, coming from TVLine, the same source that originally broke the casting calls for that character as well as a few others for Season Three, including a couple who are probably Blue Beetle and Katana.

The character description is full of figures of speech that could be taken literally to seem like a DC villain, or could be there specifically to throw people off. Check it out below, with a little analysis beyond that:

‘Member the “Seth” guy I told you about a couple of weeks ago? Well, the casting for that role has since been tweaked, and he is now described as a “shade of a man” with a quiet intensity, a “criminal mastermind who whistles classical music” as he goes about his devious business. There’s also talk of him having “reptilian eyes.” Whomever he is, he will be the Big Bad for the season opener.

Referring to him as a "shade of a man," a criminal mastermind and giving him personality traits that lean toward the quirky and clever rather than the muscled and brutal, it almost sounds like this particular villain could be the Arrowverse take on the classic Starman villain (-turned-antihero) The Shade.

Of those, only King Snake -- a former British soldier, smuggler, mercenary, terrorist, and the father of Bane -- feels like somebody who might easily fit into the Arrowverse but even there, he doesn't seem much like a "classical music" type.

It could just be that the season premiere big bad isn't a DC character, or is a complete enough reinvention that it's not immediately recognizable from what little information we have.

Of course, we choose to believe they could be casting Hudson Hawk.

...but that's probably asking too much.

...although it was produced by Silver Pictures, who did the DC Comics adaptation V For Vendtta. So we can dream.