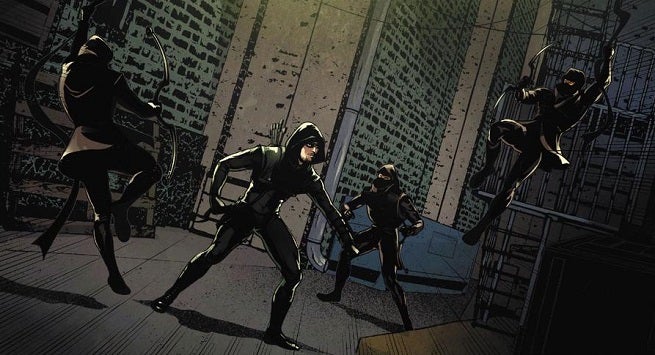 As is custom for Arrow, The CW has released a "comic book teaser" for tomorrow's mid-season finale, titled "The Climb."

The one-page comic, taken from the episode itself, sees Oliver Queen beset by the League of Assassins after a brief encounter with Captain Lance. 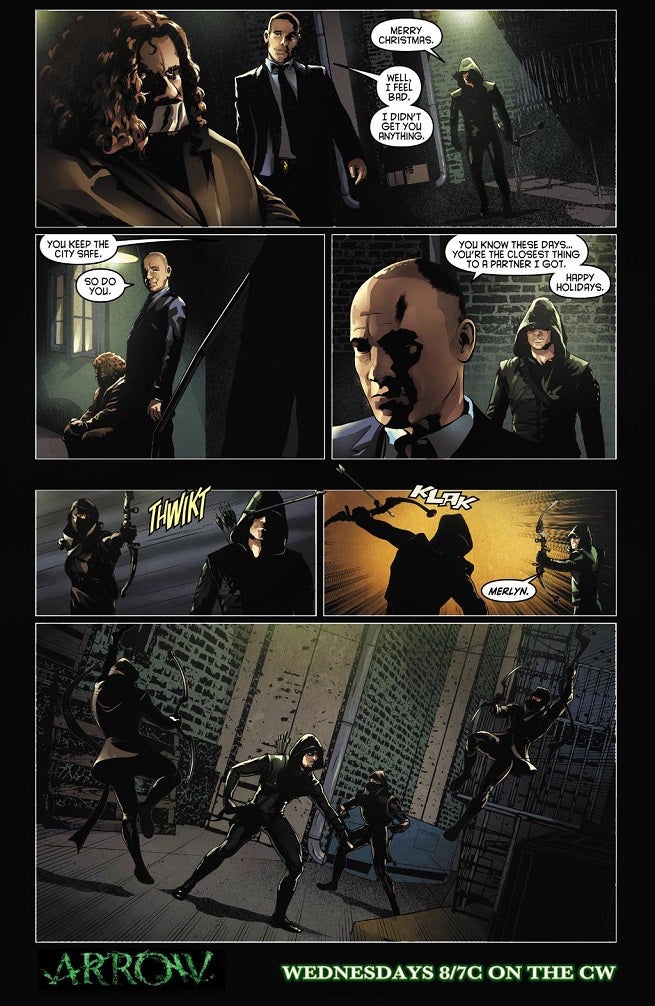