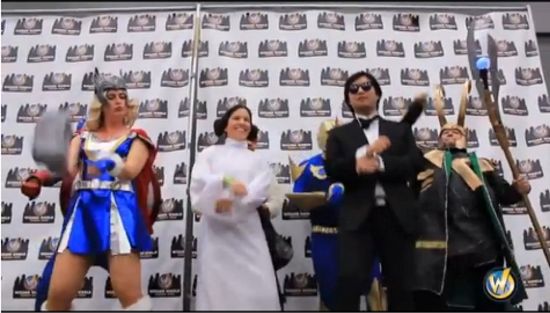 The video was put together by NyQ Bonaventura, aka The StarShip. Also, Seth Edwards, Tony Robledo, Cesar Riojas, and the students at the Art Institute of Austin helped with videography.

Wizard World plans to do another video at their Wizard World New Orleans on November 30, and December 1 and 2.