These 3D glasses were designed based on Avengers: Age Of Ultron characters, like Hulk, Iron Man, Thor, Captain America, Black Widow, Ultron and The Vision.

Sadly, Jeremy Renner's Hawkeye appears to be a forgotten member of The Avengers as he is the only original team member without a specially designed pair of 3D specs. He can take solace in the fact that soon-to-be fan-favorites Scarlet Witch and Quicksilver were left out of the mix as well. Boo!

Check them out in the images below. 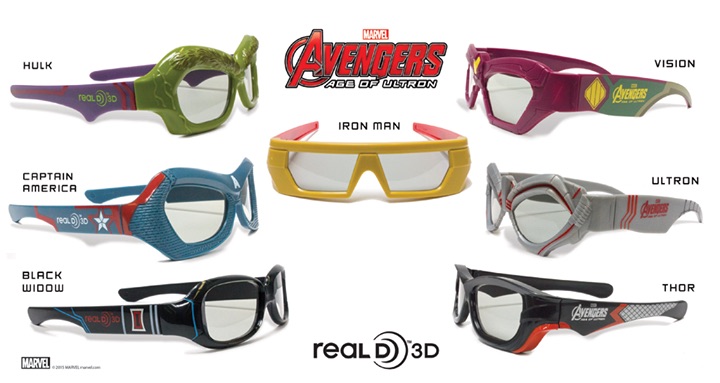 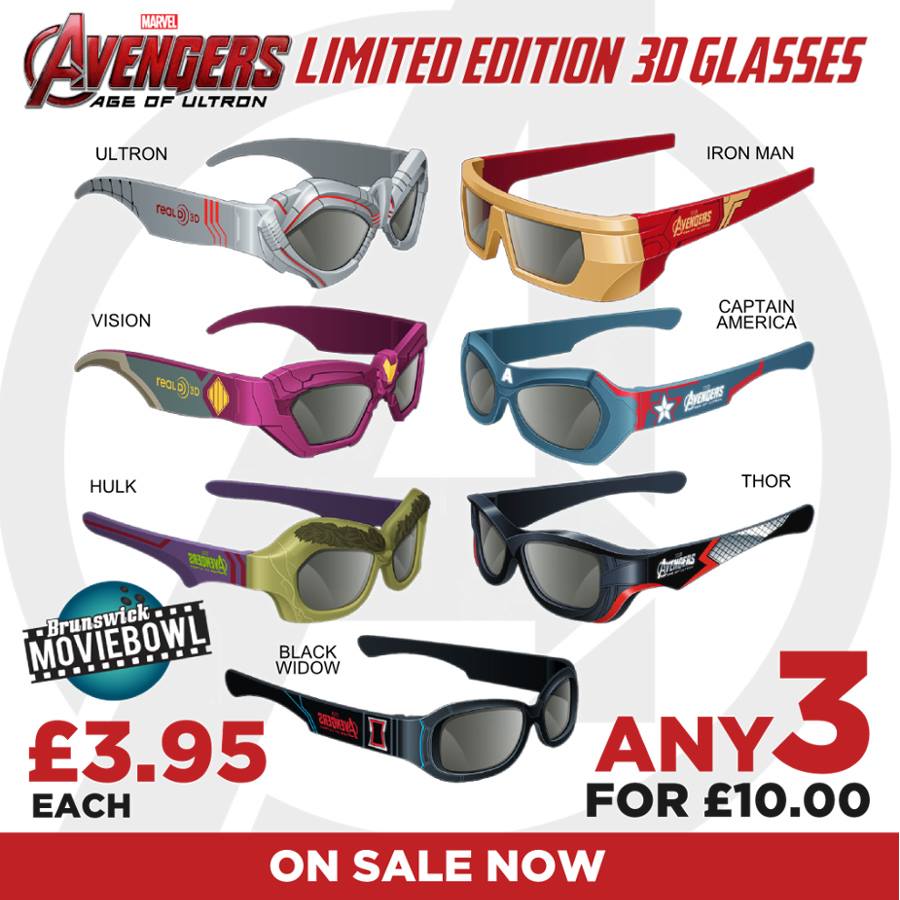