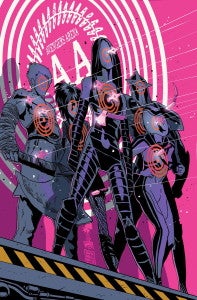 The superhero Hunger Games will soon have a victor!

Marvel Comics announced via solicitations today that Avengers Arena #18, due on the stands in November, will complete the series.

Titled "Boss Level," the remaining members of the teen superteam will work their way through Arcade's elaborate traps and tricks toward...whatever's next. Marvel isn't clear, but there's something, and apparently it's been part of the plan all along.

What comes next? Perhaps a new Young Avengers or Avengers Academy series? We'll likely find out next month with the December solicitations.

You can check out the solicitation text for the final issues below.

PlayStation Plus: Everything You Need to Know About May 2021's Free Games