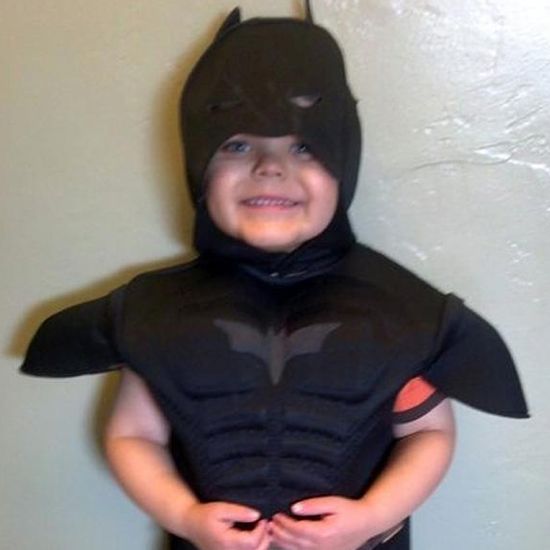 With the Oscars celebrating superheroes tonight, we thought it would be a good time to take a look back at a new superhero who recently captured the hearts of people around the world. Batkid (a.k.a. Miles Scott) is a five-year old cancer survivor. Batkid had a wish: to become Batman's sidekick and fight crime by the Dark Knight's side. On November 15, 2013, Batkid's dream came true. Thousands of volunteers came together to turn San Francisco into Gotham City in one of the most ambitious Make-A-Wish projects ever done. Batkid was called upon by the San Francisco police chief, Greg Suhr, to battle the Riddler and save the San Francisco Giant's mascot, Lou Seal, from the clutches of the Penguin. Batkid joined Batman in the Batmobile, lept into action, and saved the day. Batkid went on to receive the key to the city from San Francisco mayor Ed lee, and received accolades from the likes of President Barack Obama, who said "Way to go Miles, way to save Gotham," and future Batman Ben Affleck, who Tweeted, "Batkid. Best Batman ever." The San Francisco Chronicle even published a special edition of The Gotham City Chronicle with the headline "Batkid Saves City: Hooded hero nabs Riddler, rescues damsel in distress." Batkid made an appearance on Good Morning America to rescue Pitbull. Batkid has also made a couple of appearances to help raise funds for others, such as at the annual Brave the Bay event for the Make-A-Wish Greater Bay Area organization in San Francisco. Batkid's parents established a Batkid fund to help raise money to support the three organizations that helped them cope during Miles' three year battle with cancer. Where will Batkid turn up next?

Batkid: His Story So Far