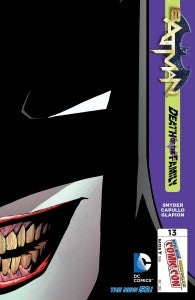 Next weekend at the New York Comic Con, DC Entertainment will sell convention-exclusive covers on a pair of their books, both of which will already have been released prior to the show. The issues? Batman #13, which will feature two die-cut variant covers from Greg Capullo--one of The Joker and one of Batman with a Joker-like pallor and smile on his face. "Illustrated by Greg Capullo, this cover sets the haunting and unpredictable tone of the Death of the Family crossover event that kicks off next week," writes DC's blog. 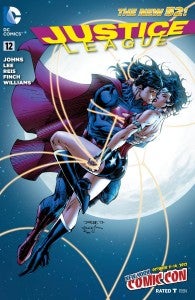 And Justice League #12, with a cover featuring "the kiss." This is the first print cover by Jim Lee, but recolored and featuring the NYCC-exclusive logo. This one's supposed to be one of, if not the, most important issue of the year for DC, and seems to have set off a series of events that's more than meets the eye, if the Justice League International Annual is to be believed. 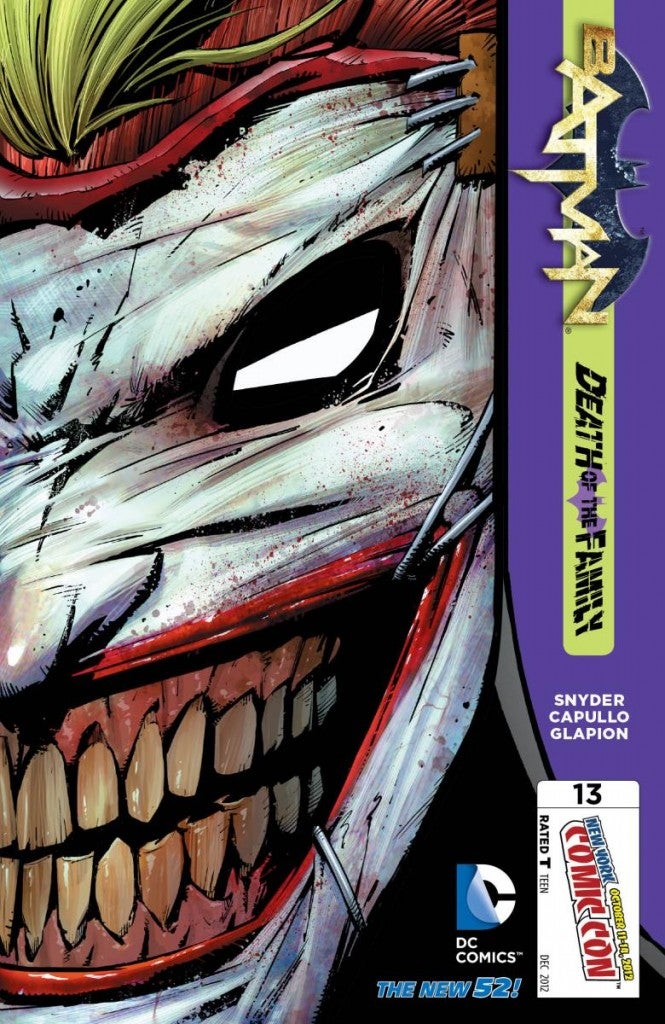