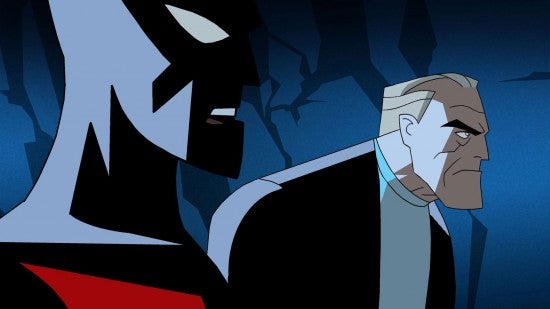 After a short, brutal battle with a Batcave intruder dressed as Bruce Wayne in his caped-and-cowled heyday, Terry McGinnis and Wayne himself find themselves facing a much bigger challenge, and a deeper mystery.

The short will air Wednesday, Apr. 23 at 6:30 p.m. after a new episode of Teen Titans Go! on Cartoon Network's DC Nation programming block. It stars original series stars Will Fiedle and Kevin Conroy.

With his 75th birthday this year, it's surprising that Batman, for one of the first times since the early 1990s, doesn't have a currently-ongoing animated series -- but many fans are likely just as happy to finally get new Batman Beyond material as they would be from another season of Beware the Batman!, which left many viewers ambivalent.