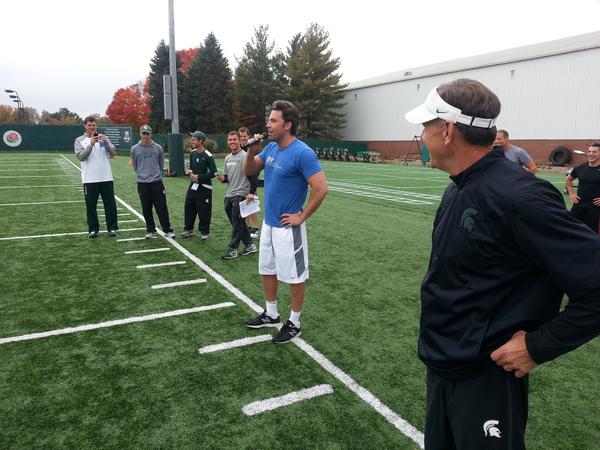 No one motivates better than Batman.

While filming Batman v. Superman: Dawn of Justice, Ben Affleck visited The University of Michigan's football complex this week, Michigan Live reported. After working out in the Michigan State Spartans' weight room for more than an hour (because he's Batman), Affleck surprised the team by making an announcement during their practice.

Addressing the players on the practice field, Affleck pronounced, "I'm Batman." Affleck delivered a brief speech afterward, telling the Spartans to "take care of business" at their football game against Indiana this weekend.

Ben Affleck, who is on campus shooting scenes for Batman v Superman, addressed MSU's football team prior to practice. pic.twitter.com/QxrL8LLwlG

Good luck, Indiana. You're going to need it against a Batman-backed football team.