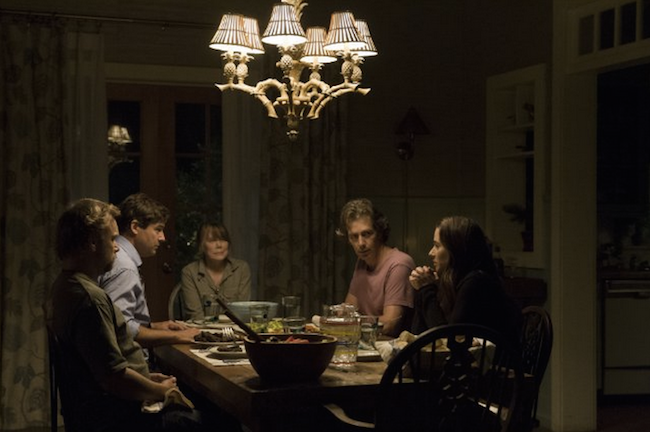 The third episode of Bloodline begins again with a voiceover from John (Kyle Chandler) during one of the rain scenes. This time, we see Meg (Linda Cardellini) arrive back home in soaking wet clothes. She pours herself a shot. “My sister is a good person. She takes of people. She wants everyone to be happy. But when our brother came home, that was impossible,” John says. He adds that she was forced “to take a side.” Linda’s phone rings, and we see that she’s getting a call from Danny’s mobile.

The episode cuts back to the hospital, where Robert (Sam Shepard) still lies, completely uncommunicative. Linda reads over her father’s will at home that night, while Marco (Enrique Murciano) is on his way to a late shift. He indirectly brings up the fact that they’re still not married but doesn’t push the subject. Linda sends someone a text after he leaves, that says, “I want to see you.”

Linda is next shown in bed with another man, Alec (Steven Pasquale). She asks him “what they’re doing,” in the existential way, and talks to him about her father. She reveals that Robert was her first ever test-client when she got out of law school. Linda did all of his estate planning but apparently didn’t do exactly what he asked.

John is awake as well, reviewing of the case of the burned girl’s body. He tells Diana (Jacinda Barrett) about the case, sharing his belief that her death probably wasn’t an accident. Their discussion wakes up Danny (Ben Mendelsohn). He and John have a drink – and John asks Danny to stay, for good. John adds that if Danny stays, he can’t be “hanging around with” Eric (Jamie McShane) anymore. He’d have to hold up the family name.

Later, Danny goes to Eric’s house to get his share of the cash they made from the gasoline, but he tells Eric that from now on, “he’s out.” He runs into Chelsea on the way out, who tells him that John stopped by to ask about him. Next, he goes to the post office, where he appears to be mailing his new money somewhere.

John tells Kevin (Norbert Leo Butz) and Meg that he asked Danny to stay, and Kevin is predictably unhappy about it. Meg is more annoyed that John didn’t ask them first, though she’s not sure if she wants Danny around either. John and Kevin want to have a conversation about what to do if Robert dies, but Meg reacts poorly when they question her about the will.

In a meeting at work, Linda discusses how difficult it will be for some clients to construct a new resort. One of those clients is revealed to be Alec, who shows up late. After the meeting, he offers to fly Linda down to New York to stay with him, since he’s leaving town tomorrow. They make plans to meet that night.

Back at the hospital, Danny encourages Sally (Sissy Spacek) to take a break from the hospital and go home. Danny cooks a big dinner for the whole family, and while they’re at the table, John asks Sally how she plans to run the hotel while Robert is in the hospital. Danny announces that he will stay in town, living in the guest room and taking over his father’s duties. 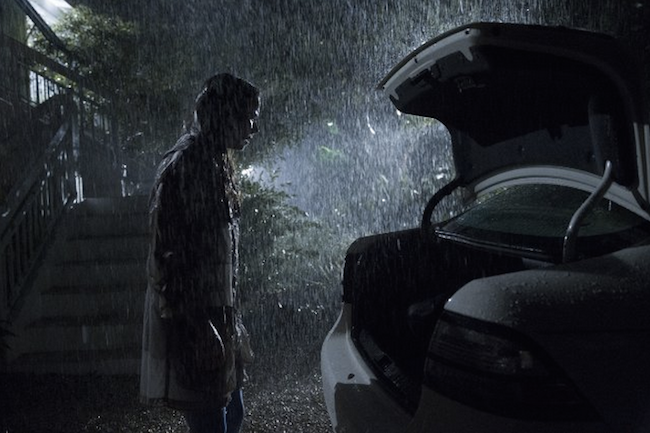 Kevin begs Meg to get a drink with him after dinner, saying he really needs a drink and to talk. Linda calls Alec to cancel their plans, and Danny sort of overhears their conversation. He also spots a hotel room key fall out of Linda’s things.

The episode cuts back to the rain scene. Linda picks up her phone just before it stops ringing. She looks out the window, at her car, before slowly creeping outside. In the rain, Linda stares at the trunk of her car.

Back at the bar, Kevin tells Meg that he and his wife Belle are having problems. He’s even been sleeping in the boatyard. He explains that Belle had a miscarriage about a year ago. Ever since then, she hasn’t wanted to try again, because she doesn’t think Kevin is ready to be a father. Kevin asks how she and Marco are such a successful couple.

Sally meets with Danny the next day to make sure he’s prepared to do Robert’s work, guiding a snorkeling trip. He asks her to put him on the payroll, asking for money in advance. Later while working, Danny seems to be an enthusiastic and friendly snorkeling guide for the guests.

At the hospital, Robert wakes up. A doctor explains to Sally and the kids that he had “several mini-strokes,” and while he’s conscious, they still haven’t located the clot that’s causing the strokes. He has some sort of memory loss that may not be permanent.

Linda goes back to her office to work on Robert’s will. We see that the current will had a section dictating that something be split equally between all of Robert’s children, but Linda erases Danny’s name. She then goes back to the hospital and admits to her father that she never redid his estate, implying that it was him that wanted to Danny off the will in the first place. Linda gives him the fixed will to sign, but it becomes clear that he’s not cognitively aware of what she is saying, even calling her by the wrong name, “Sarah.”

Kevin and Linda meet later to discuss the will, with her explaining that he is not “of sound mind” to sign the will. Kevin suggests that it doesn’t matter, since they know he was “of sound mind” back when he made the decision. Plus, he doesn’t think that Danny actually deserves any portion of their father’s property or business.

Next, Linda confronts Danny, reminding him of how important it is for him to stay and asking if he is truly invested in staying. Danny brings up his paycheck again and responds harshly to her questioning, mocking her lawyer-like tone. She tells Danny that he’s included in the will but leaves out the details. 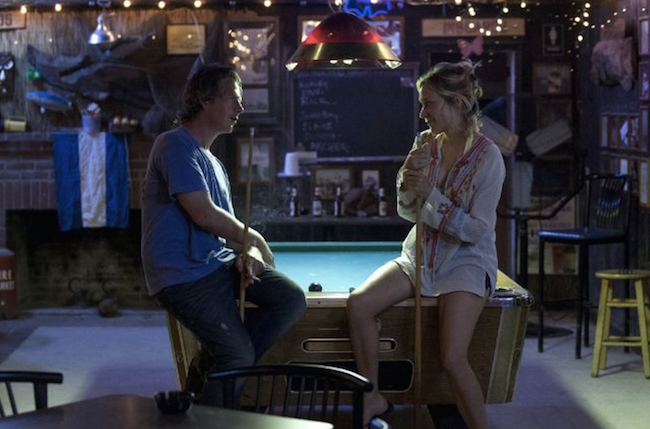 John goes to a storage unit with his son Ben (Brandon Larracuente), where they find an old photo of John and the boys when they were young on a boat called “Angelfish.” Later, John and his family look at old videos of the brothers, wrestling on the beach with Meg watching, annoyed, from afar. The doctor thinks that assembling old footage will be good for Robert’s memory.

Danny visits John, showing him his first paycheck, which he finds frustratingly small. John says that it was all Sally’s decision, and that she just wants to be sure he’s committed before paying him more. John scolds him for even wanting to confront their mother after everything they’ve been through in the past few days.

That night, Danny and Chelsea go to a bar together and flirt over a game of pool. She tells him that most girls didn’t like Meg in high school, and Danny pesters her about Marco, wanting to know her opinion. Chelsea thinks that no man is ever “good enough” for Meg.

Later at the hospital, Danny snoops through Meg’s purse while she’s talking to Robert. He tries to unlock her cell phone but can’t figure out the password. Instead, he grabs the hotel room key that she dropped earlier.

Ben gives John an update on the memory footage he’s assembled the next morning, showing him a video of one of Meg’s birthdays. Another young girl, Sarah, is present in the footage. John says that they shouldn’t show it to Robert. Sarah must have been another one of their siblings, who somehow passed away. At the same time, Meg is sitting on the beach, daydreaming. She images her father out on the dock, and then she imagines him scooping up Sarah in his arms.

Linda has a heart-to-heart with Marco later towards the end of the episode. He thinks that the very fact that they’re not married after five years of dating might be a sign that they shouldn’t be together anymore. Their conversation is interrupted by Danny, who asks to have a private conversation with Meg. He reveals that he knows she is cheating, and he essentially blackmails her with the information, since she has access to the will. Danny tells Meg that he will never please their father, even if she gets married, because she is “not her,” referring to Sarah.