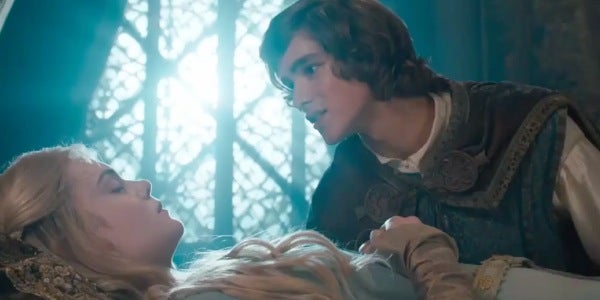 Brenton Thwaites is reportedly up for a role in the fifth Pirates of the Caribbean film, Dead Men Tell No Tales.

Thwaites would assume the role of a British soldier named Henry, The Wrap is reporting. Thwaites starred as The Prince in Disney's Maleficent and Jonas in The Giver adaptation earlier this year.

Thwaites would join series star Johnny Depp for his fifth high seas adventure as Captain Jack Sparrow. It was reported back in October that Javier Bardem would take the lead antagonist role of Captain Brand. A villainous spirit with an axe to grind against Sparrow, Brand blames Jack for his brother's death years prior. Geoffrey Rush, another Pirates veteran, is expected to return as Barbossa. With an equal hatred for Jack Sparrow, Barbossa would join Brand in his hunt for the former Black Pearl captain.

Norwegian filming duo Joachim Ronning and Espen Sandberg will hoist their anchors as the film's co-directors. Their past credit includes "Kon-Tiki," a film about an explorer's 4,300-mile odyssey across the ocean in a wooden raft. So, they should feel right at home with Pirates. Jerry Bruckheimer, the franchise's producer since its inception, will return to help helm the sequel.

Pirates of the Caribbean: Dead Men Tell No Tales, will reportedly begin filming in Australia in February 2015 for a July 2017 release.

Brenton Thwaites Up For Role In Pirates Of The Caribbean 5