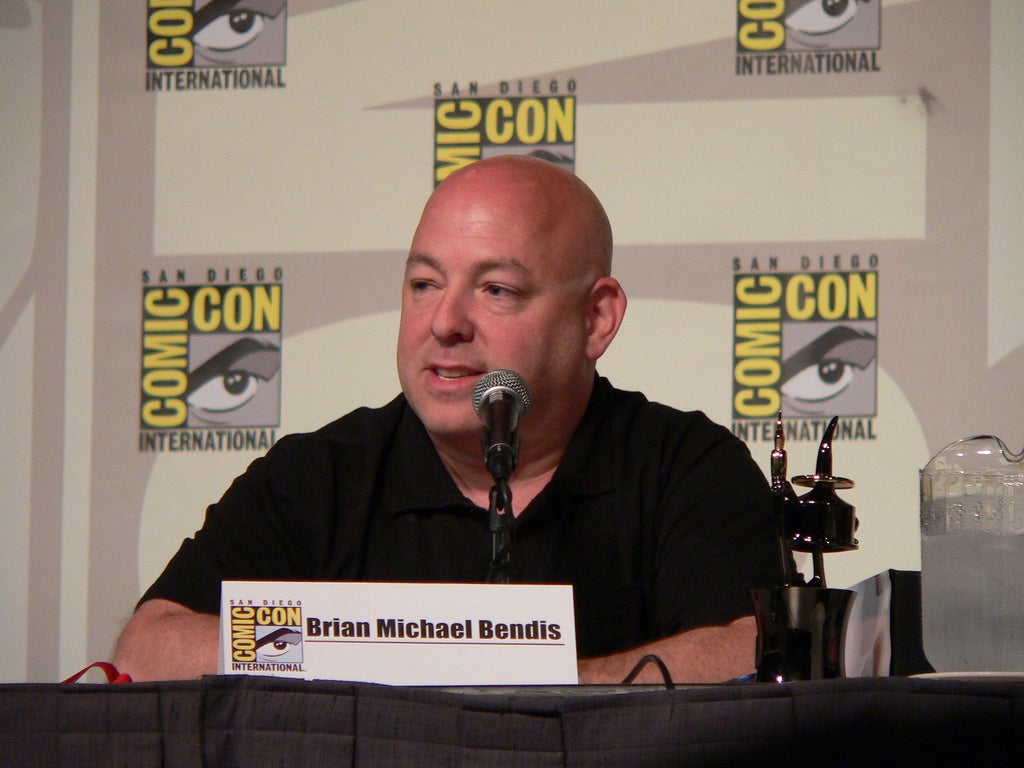 The prolific comics writer behind Marvel's "Guardians of the Galaxy," "All-New X-Men," and "Uncanny X-Men" announced on his Tumblr page that he will fill Meyers' guest chair on January 20th. Bendis said that he will discuss the Playstation series Powers, which is based off of his and Michael Avon Oeming's creator-owned comic series. Powers, which follows two police detectives in a city filled with super-powered heroes and villains, stars Sharlto Copley (Elysium) as Christian Walker and Susan Heyward (The Following) as Deena Pilgrim.

Bendis also wrote that he will discuss his "Powers" comic series, other comic book work, and—most importantly—"the talk of nerds" during his appearance.  Bendis will likely feel right at home with Meyers, who has written a Marvel comic book of his own. In 2009, he and former Saturday Night Live veteran Bill Hader penned "Spider-Man: The Short Halloween." Meyers was also the head writer for Saturday Night Live during his tenure there.