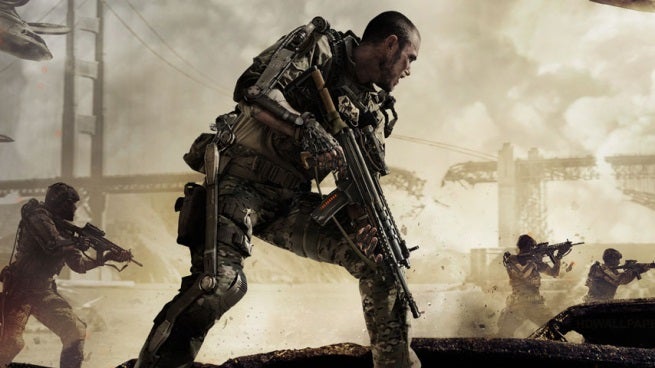 A 9-minute gameplay video from Call of Duty: Advanced Warfare has been released online. The video shows the "Induction" level from the game, in which a group of US Marines drop into battle in Seoul, South Korea.

Advance Warfare changes Call of Duty up by introducing advanced technology. The video shows players using laser gun, grenades with multiple settings, boost packs that let them safely jump from the tops of buildings, and exoskeletons hat give them the strength to rip car doors off their hinges.

Call of Duty: Advanced Warfare will be released on November 4.