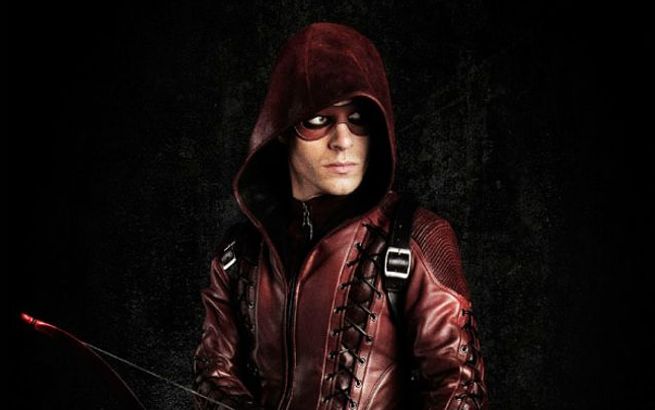 Spoilers below for this week's midseason finale of Arrow.

With Oliver Queen bleeding out—and presumably dead—in the mountains, his sidekick Arsenal is aiming for a much larger role in future episodes of Arrow.

Roy Harper, played by Colton Haynes, will have to step up in a big way, both as Starling City's sole archer and as one of Oliver Queen's few hopes at survival. When speaking with Entertainment Weekly, Arrow Executive Producer Marc Guggenheim promised that Arsenal would finally get his due in season three's second half.

"One of the things I was very straight with Colton [Haynes] about is I don't think we serviced his character quite as much as we would have liked in the first half of the season," Guggenheim told EW. "I'll say the stuff that he's got in episodes 10, 11, and 12, it's pretty dang gangbusters.There's one scene in episode 11 between him and John Barrowman that I think is some of his finest work on the show."

Despite donning the red mantle of Arsenal at the beginning of Arrow's third season, Roy Harper hasn't seen too much screen time compared to last season. One of this season's subplots painted Roy as Sara Lance's possible killer, but the issue was put to rest fairly quickly. With his named cleared and a starring spot vacated, here's hoping we see Arsenal suit up more often when Arrow returns from its midseason break on January 21st.