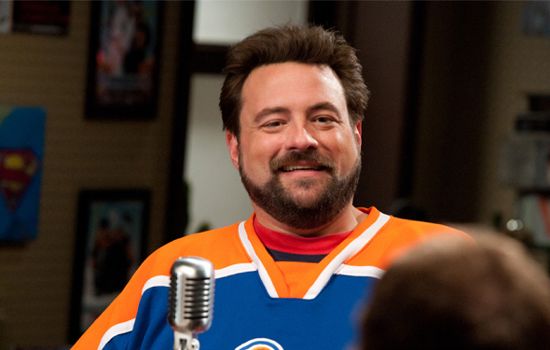 On "The Running Dead" episode of Comic Book Men, the guys at the Secret Stash start a discussion on their favorite comic book TV shows. Ming brings up the sixties Batman TV show, and Walt reminisces about Batman swinging Robin around on his back, which leads Byran to deadpan, "And that was just the bedrooms scenes." By sheer coincidence, a customer then brings in a baseball signed by the cast of the Batman TV show. Pop culture expert Rob Bruce comes in and appraises the item at $350 to $400. After some negotiation, Walt agrees to buy the ball from the customer for $250 and a t-shirt. To raise money for Kevin Smith's charity The Wayne Foundation, Mike and Ming decide to participate in a zombie run. A customer brings in an unopened box of 1989 Batman movie cereal. After some negotiation, Walt agrees to buy the cereal box for $25. Even though the cereal is more than two decades old, Ming eats a bowl of it, remarking it's a little stale. The Secret Stash guys talk about if there has ever been a major comic book character killed off that hasn't been brought back, and the only name they can come up with is Uncle Ben. A customer comes in the store wanting to sell a copy of Sheena #2, which was drawn by Will Eisner under an assumed name. Walt doesn't buy the comic, but he agrees to pay the customer $5 to see his Gremlin walk. To help them prepare for the zombie run, Bryan trains Mike and Ming, which involves running on the beach and bench pressing comic book boxes. A customer brings a copy of The House of Secrets #92, which is the first appearance of Swamp Thing. Even though Walt wants the comic, he isn't able to agree on a price with the customer. At the zombie run, Mike gets tired early, but he presses on, running through the zombies. Bryan jumps out of the woods and throws severed hands at Mike and Ming to motivate them. After running through mud and climbing under barbwire, Mike and Ming both finish the zombie run, raising $1,100 for the Wayne Foundation.