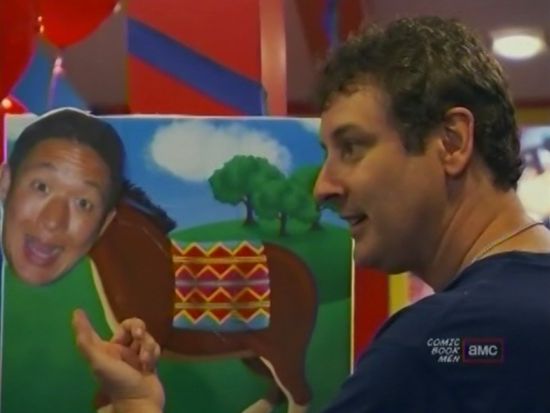 Comic Book Men returned tonight for a second season with thirty minute episodes, rather than hour long episodes like last season. The format is similar though with one central plot to the episode with interactions with various customers mixed in. For the Comic Book Men season 2 premiere, the central plot revolved around holding a kid's birthday party in the comic book store. What seemed like a good idea, quickly turned into chaos. Despite the staff's best efforts to keep the kids entertained with face painting and pin the tail on Mr. Ming, the kids started running through the store and destroying comic books. The kids only calmed down when Bryan Johnson dressed as Four Color the comic book clown arrived. After the party, Walter Flanagan pointed out that once everything that was destroyed was factored in that the store at best just broke even on the birthday party, but Ming pointed out how happy the birthday kid was. Bryan Johnson added, "If the currency is smiles, then you guys made a million bucks today." 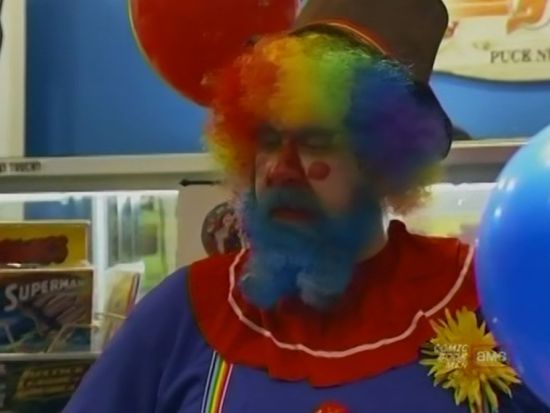