With 2014 San Diego Comic-Con happening last week, we wanted to take a quick look back. One of the great things about Comic-Con are all the great photos that come out of the event. Some photos feature big reveals of new costumes or props, while others just capture memorable moments from the convention. We've compiled a list of the seven most memorable, shocking, and surprising photos of 2014 San Diego Comic-Con International. 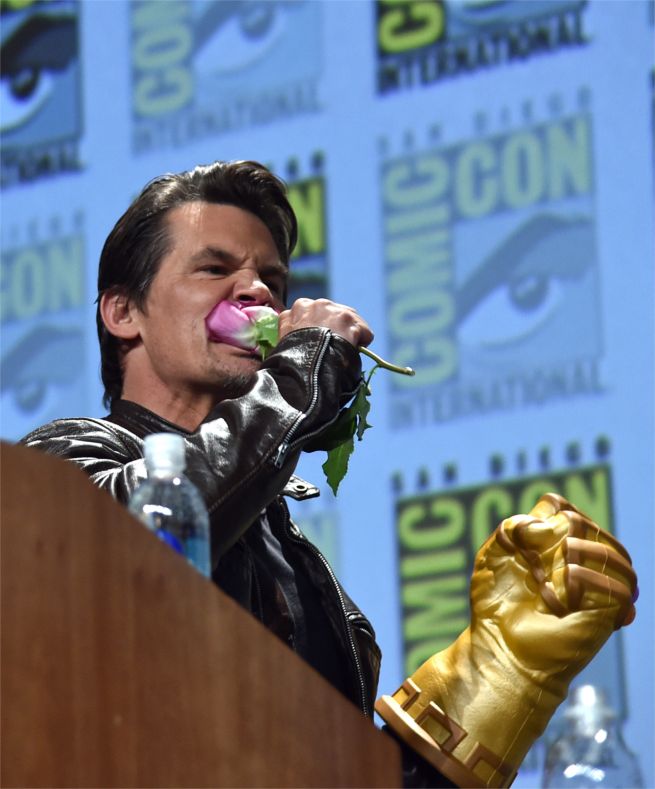 Brolin Eats A Rose – Robert Downey Jr. entered the Marvel Studios panel in Hall H with a suitcase full of roses, which he tossed to the crowd. But he was saving one special rose for Josh Brolin, who promptly turned the rose into dinner. That Thanos is a mean one. 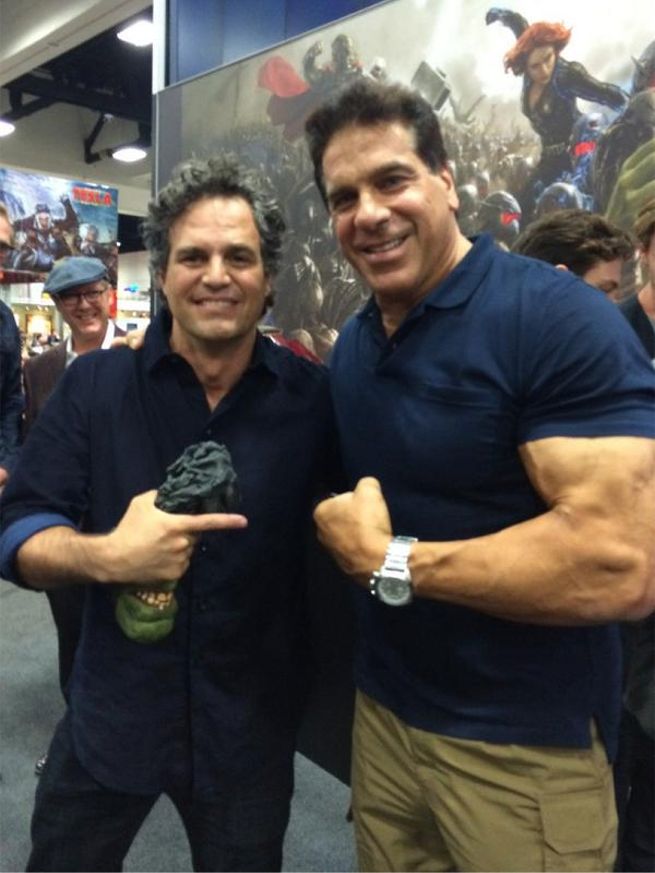 When Hulks Meet - It's hard to believe that Lou Ferrigno, who played the The Incredible Hulk on TV, had never met Mark Ruffalo, who plays Bruce Banner/Hulk in the Avengers movies. However, when the two finally met for the first time, it was a touching moment captured by Marvel in a photograph. 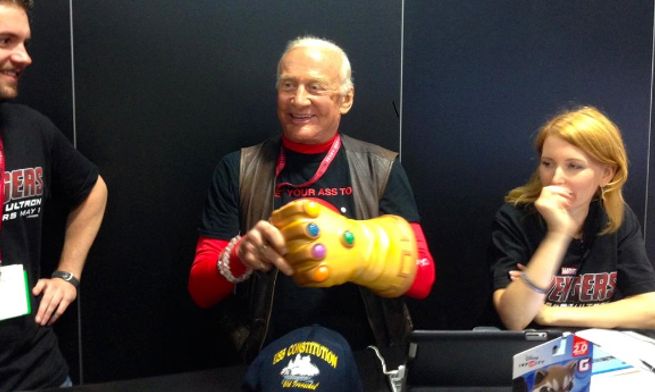 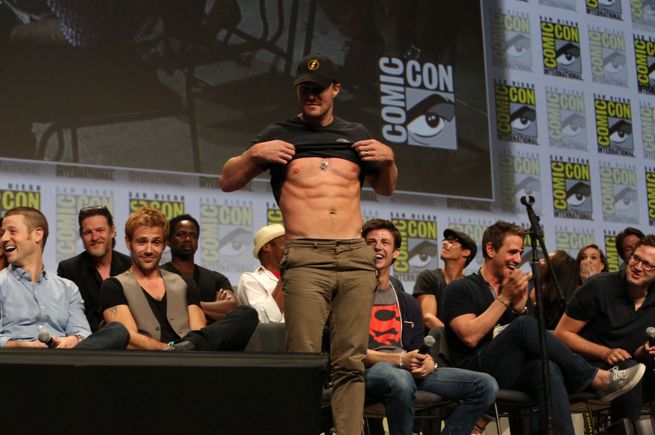 Arrow's Stephen Amell's Abs – It was hard not to photograph Amell at Comic-Con. The Arrow star seemed to be everywhere, popping up in a number of memorable photos, so it was difficult to choose just one, but Amell showing off his abs at the request of the audience at the Warner Bros. Television Presents a Night of DC Entertainment event should do. 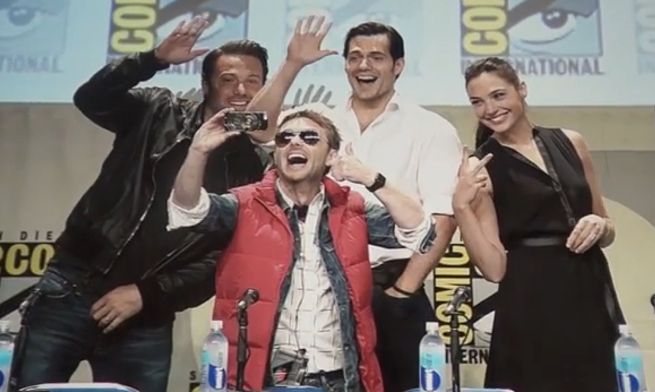 Selfie With The Trinity – It was a historic moment for Comic-Con as the trinity of Henry Cavill (Superman), Ben Affleck (Batman), and Gal Gadot (Wonder Woman) assembled on the stage. Of course, panel host Chris Hardwick couldn't let the moment pass without jumping right in the middle for a selfie with the trio. 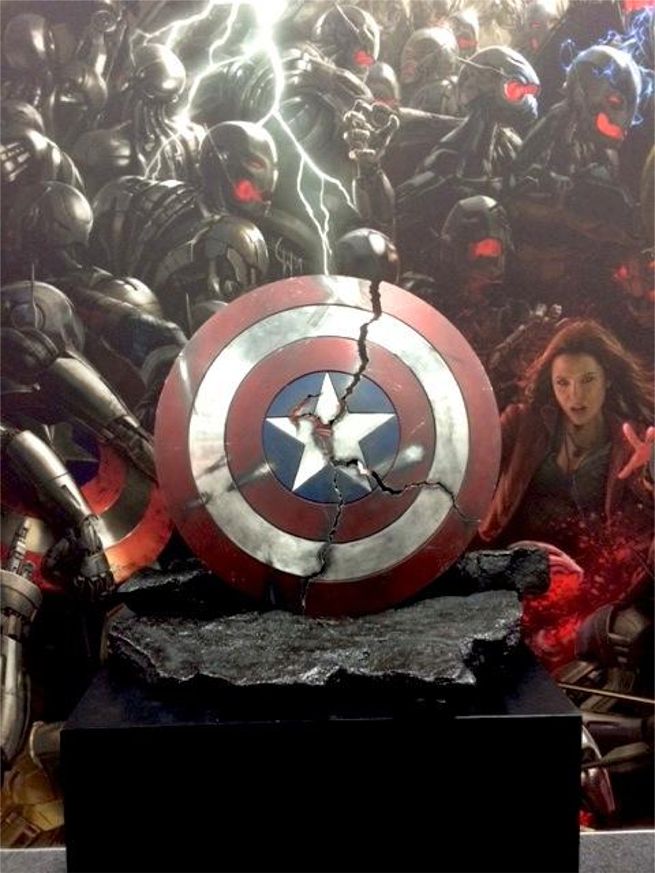 Captain America's Shattered Shield – As the Avengers: Age of Ultron footage came to a close, there was a shocking image of Captain America's shattered shield. While Marvel Studios hasn't released any of that footage online, a photo of the prop used in the scene gives fans just a glimpse of what is ahead. 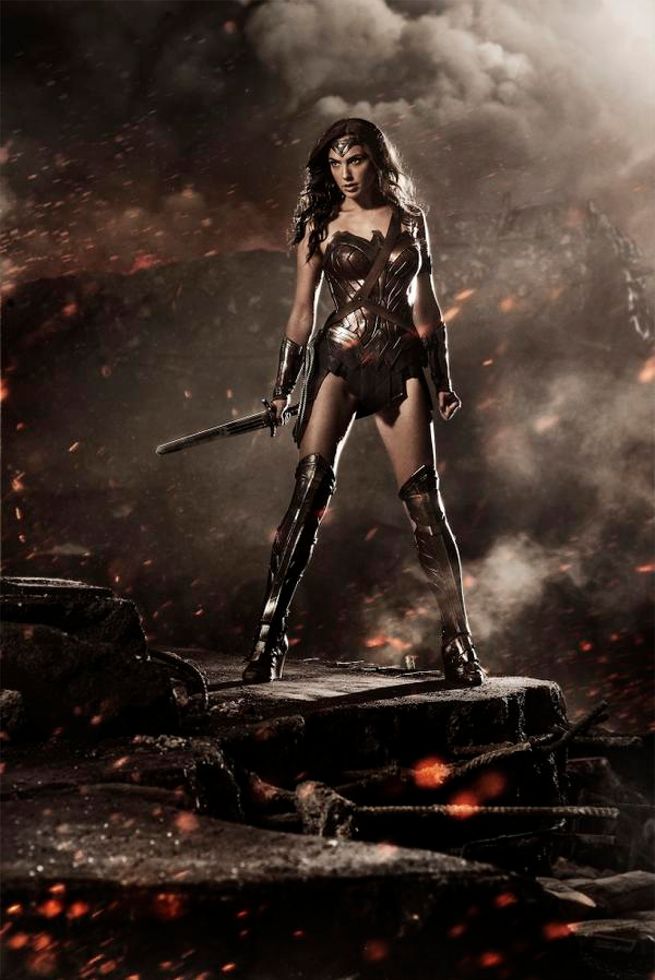 Wonder Woman's New Suit – Of course, there is only one photo that could top the list. The most buzzed about photo at Comic-Con was the first look at Gal Gadot as Wonder Wonder, which was revealed by Zack Snyder during the Warner Bros. panel.